Domek Kata [the Executioner’s House]
Domek Kata on 3 Grodzka Street is a Gothic burgher’s house erected in the 15th century on a trapezium plan, which was motivated by a curved line of...
22-05-2015 ·
The Dendrological Garden
Home / Discover / Nature / Botanical gardens and arboretums 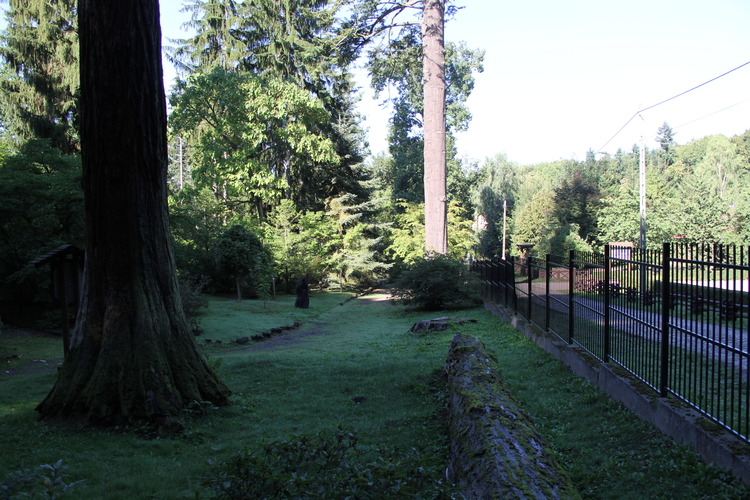 The Dendrological Garden in Glinna is located in the south-eastern part of Szczecin Landscape Park Puszcza Bukowa, in the so-called Słoneczna Kotlina [The Sunny Valley]. It is located in the municipality of Stare Czarnowo, approx. 3 km west of the village. When in Glinna, You will find the garden on the north side of the road No. 120.

The Dendrological Garden (an arboretum) in Glinna includes 6 acres of forested hills. As early as 1823, private tree and shrub nurseries, which are the origin of a garden, were established there. They were taken over by the Śmierdnica forest inspectorate in 1870. A lot of exotic trees also appeared then. Initially, they were only ornamental, but their adaptation to our climate was started to be observed later on. The dendrological garden was mentioned for the first time in 1911, and 51 exotic species of trees and shrubs were recorded in 1938. Until the 1970s, only cleanup and maintenance works had been performed, by which the number of species has dropped to 23. In recent decades, however, State Forests and the Arboretum of Warsaw University of Life Sciences have developed a garden in Rogów where numerous maintenance jobs have been made and new trees have been planted. There is a unique microclimate of sunny southern slopes of the Bukowe Hills, and the place is additionally sheltered from north winds by a forest wall. This makes there are very favourable conditions for the acclimatisation of plants. Currently, You can already find over 600 exotic species. The most valuable ones include Poland's biggest specimen of the giant sequoia, but already dead due to freezing; as well as a grand fir, noble fir and shagbark hickory. Besides, there are sweet chestnuts, London plane, Canadian hemlock, Sawara cypress, bald cypress, Atlantic white cypress - the largest in Poland, 24 species of maples, 10 species of magnolia, 5 species of stewartia and numerous species and varieties of holly.

The Dendrological Garden is open to the public from 15th March to October from 9 a.m. to 6 p.m. (Mon-Fri) and from 10 a.m. to 7 p.m. (Sat-Sun). Tickets are available at the box office at the entrance to the Garden and cost PLN 2 for children and adolescents, and PLN 4 for adults. There is a car park nearby, and a shelter with a fireplace, tables and benches for about 70 people. At the back, there is a playground with a swing, rockers, a slide. On the edge of the forest, there is a gazebo with a fireplace and seats. You can order wood for the fireplace from foresters. In the Garden itself, there are many paths with numerous resting places. Each particular specimen has its plate with the name, description and place of occurrence of the species. Due to the very large number of species, not all trees are marked. Enthusiasts can try to figure out the names of these specimens on their own. In some places, boards are placed describing various issues related to the life of trees and shrubs. The Gryfino Forest Inspectorate, the guardian of the Garden, also provides environmental education, not only for children and adolescents. It is worth visiting the arboretum at different times of a year, because You will notice the whole beauty of the garden.