Domek Kata [the Executioner’s House]
Domek Kata on 3 Grodzka Street is a Gothic burgher’s house erected in the 15th century on a trapezium plan, which was motivated by a curved line of...
22-05-2015 ·
Czarnogłowy Lake
Home / Discover / Nature / Lakes 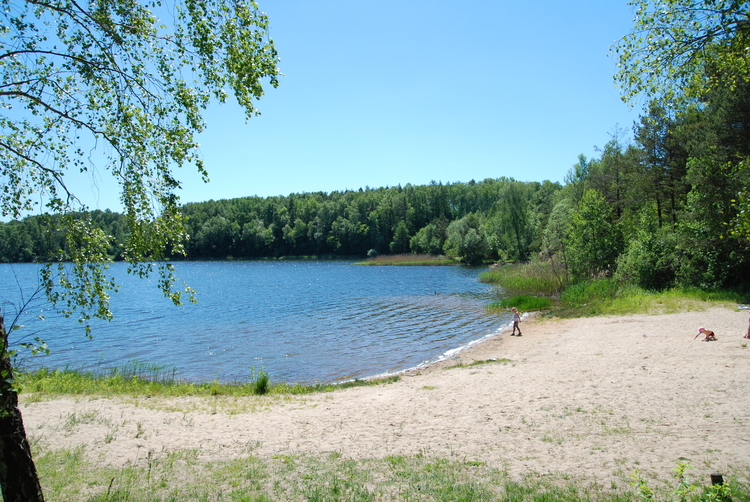 The Wołczenica River runs alongside the south coast of the lake.

Czarnogłowy Lake is an artificial body of water which covers and area of 35 ha. The lake was formed as a result of flooding of the open-pit carbonate rocks mine which operated until 1960. After the water pumps were deactivated, the mine was completely filled with water. The average depth of the lake is around 26-28 m, although according to some sources it is even 35-40 m. The search for the deepest place is in progress. The shores are steep and rugged and the bottom descends vertically.  On the north-west coast of the lake there is a beach and a swimming area. There is a car park, a camping site and a designated place for a fire close by. The history of the lake, its emerald water, flooded woods and other underwater secrets attract diving enthusiasts.Moreover, on the north coast of the lake, one can find fossils from the Jurassic.