Water tower
The water tower was constructed in 1935 within area of a water intake. The water was drawn with the use of a deep-well pump. The tower was used to...
22-04-2015 ·
Fryderyk Chopin urban park
Home / Discover / Nature / Municipal gardens and forests parks 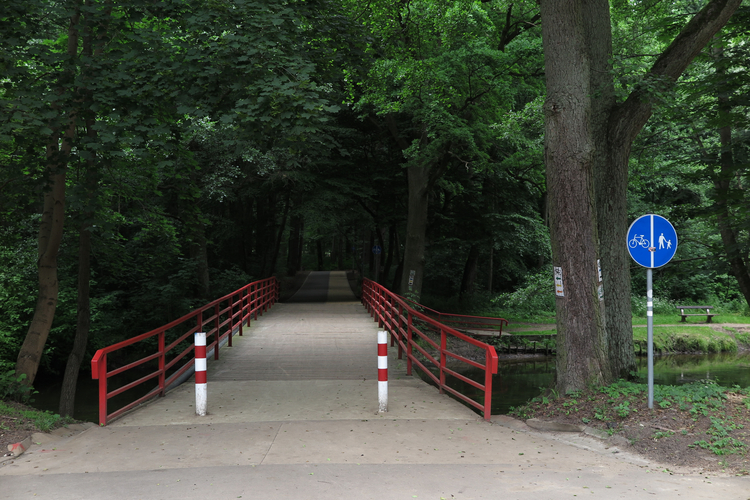 The Fryderyk Chopin urban park lies in the picturesque bend of the Drawa River in the southern part of Drawsko Pomorskie. You can reach the park by following Seminaryjna and Gajowa Streets (by car) and via three bridges for pedestrians and cyclists (from Obr. Westerplatte Street, from Brzozowa Street and from Staszica Street). There are a few bike and tourist trails that lead through the park.

The urban park, today named after the prominent Polish composer and pianist Fryderyk Chopin, was founded in the second half of the nineteenth century under the name of ‘Gaj Luizy’ [Luiza’s Grove]. It owes its original name to a princess of Prussia, known for her exceptional beauty, who spent a night in Drawsko while on journey. The official opening of the park took place in 1875. Although a lot of time has passed since its opening, the park still has its original spatial arrangement and the ancient trees which date back to the end of the nineteenth century or the beginning of the twentieth century. The tree species growing in the park include: birch, beech, oak and spruce. The park alleys are guarded by horse chestnut, lime, ash and hornbeam trees. In the park there are also some charming clearings. The largest clearing in the park features a natural monument – a massive, 32 m tall,  pedunculate oak tree whose trunk has a perimeter of 535 cm. In the vicinity of the oak there is a megalith constructed in 2001 – a half-circle made of glacial erratics to commemorate the turn of the millennia.  Underneath one of the rocks a time capsule with various every-day objects (banknotes, newspaper, photographs etc.) was buried.  Another clearing at the park features a  large bed composed of flowers and shrubs, and surrounded by benches. The place is an ideal meeting point and place of rest after a long walk. There are also some sports facilities in the Chopin park, e.g. a tennis court, Orlik sports field, open-air gym and a multipurpose sports field.  In the central point of the park there is an amphitheatre and a large area intended for open-air events.

: Municipal tennis courts in the Chopin Park
Search nearby
Fryderyk Chopin urban park
COMMENTS
Sign in to leave a comment.