Domek Kata [the Executioner’s House]
Domek Kata on 3 Grodzka Street is a Gothic burgher’s house erected in the 15th century on a trapezium plan, which was motivated by a curved line of...
22-05-2015 ·
Giant Redwood in Brwice
Home / Discover / Nature / Natural monuments 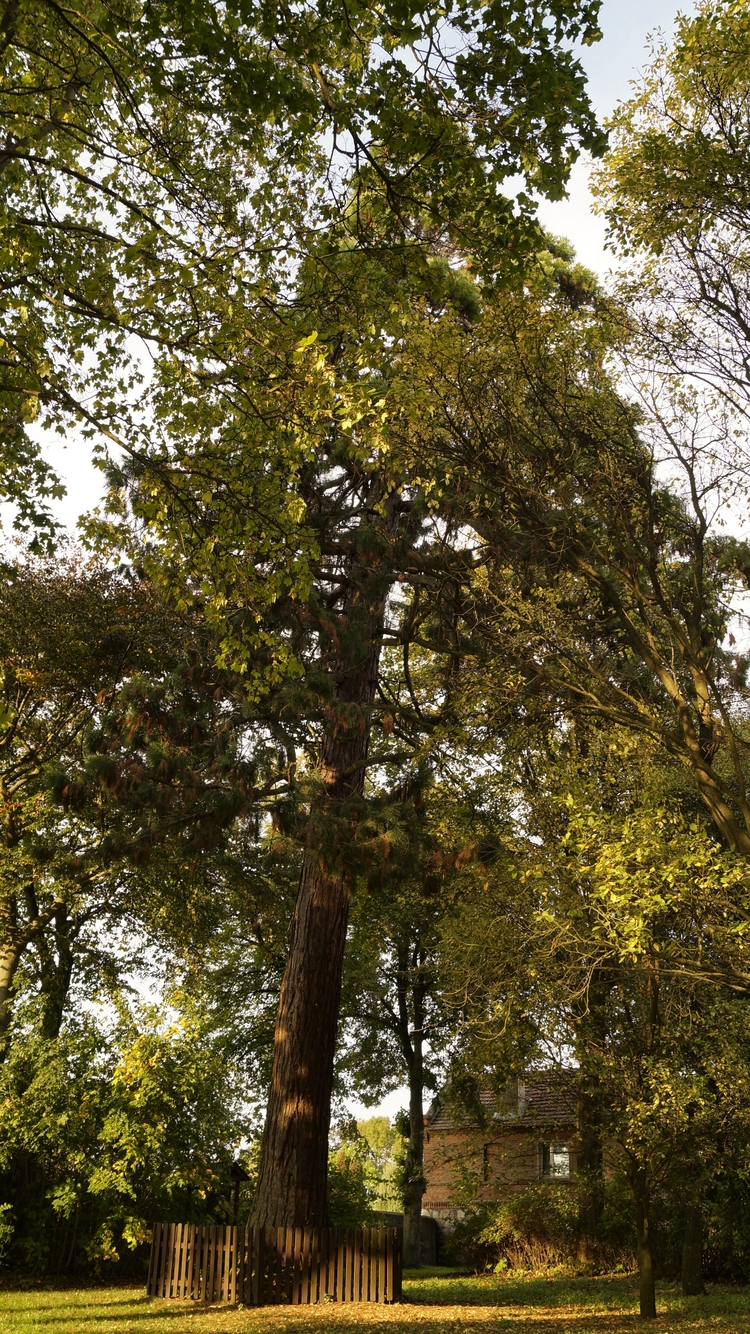 A natural monument – giant redwood is situated in Brwice, approx. 10km south-east from Chojny in the Gryfin County. Signposts set on the main road in the centre of the village lead to the tree. 100 m behind the intersection there is a high wall of the former park. At the farm building opposite the school you need to turn and after several steps there will be a board and the natural monument itself.

Giant redwoods occur naturally on the western slopes of Sierra Nevada in California at a height of 1400-2700 m above sea level. Some trees grow to a height of 80-100 m with a trunk diameter of 8-9 m. They are one of the tallest and most long-lived coniferous trees. Redwood was imported to Europe in 1853. In Poland few specimens grow in the western part of the country. It is related to suitable habitat conditions, as during severe winters they can freeze.

Giant redwood from Brwice is the largest, oldest and thickest in Poland. Probably it was planted in 1895 by the family of General Henning von Trescow, an organizer of several attacks on Hitler. After the war settlers from the east came here. They noticed the giant redwood in the park, as it looked different to all other trees. They started to believe that it is enough to hug the tree and it will grant you happiness and wealth, as well as a desired son. Unfortunately the belief disappeared together with the oldest residents of Brwice. The tree was generally forgotten and only in the 70’s. of the 20th century it made itself known. The Szelążek siblings, who attended primary school at that time, submitted the tree to the competition “We are looking for natural monuments” in the television program “Ekran z Bratkiem”. This was when the redwood became famous. It was described in a book by Cezary Pacyniak “The oldest trees in Poland”. Andrzej Szelążek, as an adult, enchanted by the tree, became a ranger in Brwice, while his sister teaches nature classes. This story shows that giant redwoods can actually bring luck.

The tree is currently 27 m high and the circumference of the trunk is 361 cm. It grows within the manor park which has been parcelled out. The giant redwood is situated within private grounds, however access to the tree is free of charge. Currently around the tree a fence was placed and there is also an information board. Everyone can get here and take a little bit of luck for themselves.

More on the topic:
Geolocation
Search nearby
Giant Redwood in Brwice
COMMENTS
Sign in to leave a comment.