Domek Kata [the Executioner’s House]
Domek Kata on 3 Grodzka Street is a Gothic burgher’s house erected in the 15th century on a trapezium plan, which was motivated by a curved line of...
22-05-2015 ·
Anna lime tree
Home / Discover / Nature / Natural monuments 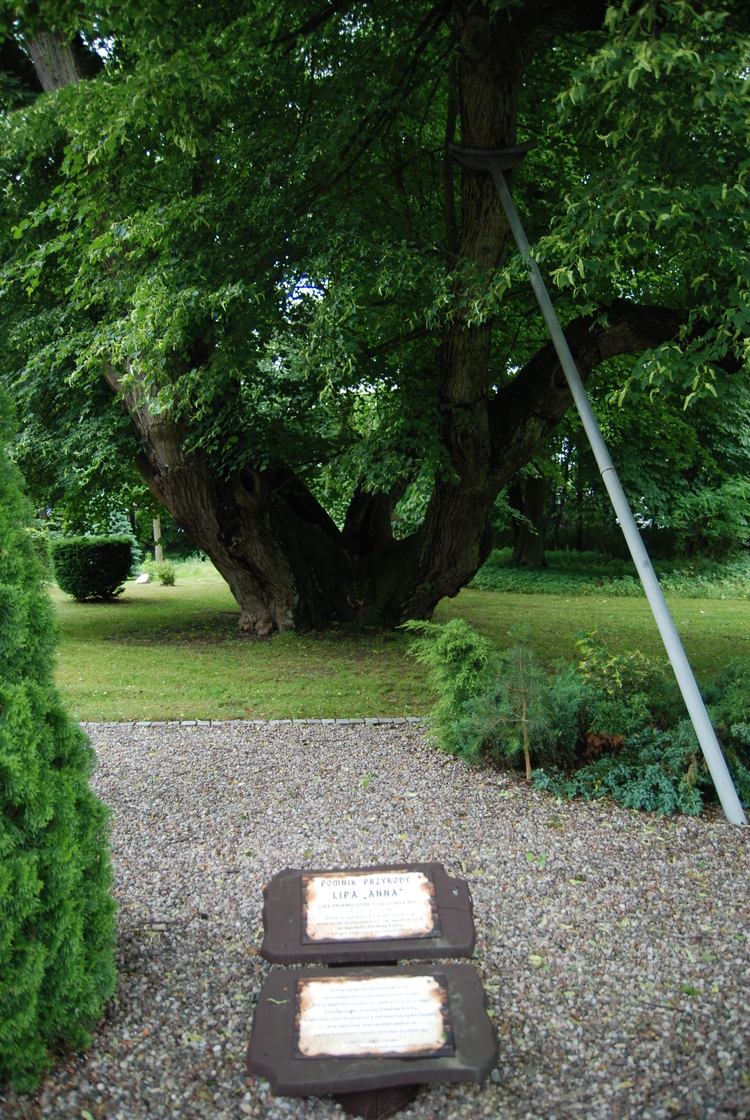 The Anna lime tree, a natural monument, lies in the Goleniów County, Goleniów Commune, in the village of Kliniska Małe, within the forest district of Kliniska.

In the neighbourhood there is the national road no. 6 which, in this region, overlaps with European route E65. Pull over at the car park in front of the ‘Bar Pod Borem’ restaurant which is situated just by the seat of the Kliniska Forest District.

The Anna lime tree grows on the lawn by the seat of the forest district.

In the vicinity there is a blue walking trail called ‘Szlak Anny Jagiellonki’ [Anna Jagiellon’s Trail].

The Anna lime tree is a 450-years-old, 27 metre tall small-leaved lime (the legend says that it is more than 600 years old) whose trunk has a perimeter of 800cm. It is the most popular natural monument in the Goleniów County.

According to a legend, at the time of Bogislaw X the Great, his wife Anna Jagiellon, along with a group of German envoys, took a rest under the tree awaiting her husband who went hunting in the Goleniów Forest. There are other, more romantic, stories which say that under the tree Bogislaw X kissed his wife for the very first time.

More on the topic:
Geolocation
Search nearby
Anna lime tree
COMMENTS
Sign in to leave a comment.