Water tower
The water tower was constructed in 1935 within area of a water intake. The water was drawn with the use of a deep-well pump. The tower was used to...
22-04-2015 ·
The Prof. Tadeusz Dominik “Bukowe Zdroje” nature reserve
Home / Discover / Nature / Nature reserves 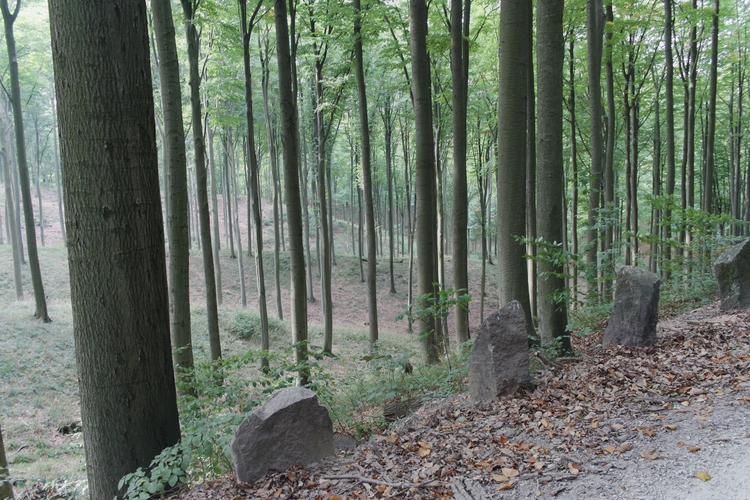 The Prof. Tadeusz Dominik “Bukowe Zdroje” nature reserve is the largest reserve in the “Puszcza Bukowa” Szczecin Scenic Park. It is located in its north-western part. From the west, it borders upon the town of Podjuchy, from the north – on the Bukowe housing estate and highway A6. The majority of the reserve is situated within the commune of Stare Czarnowo, only just 2.63 of it area is located within the city limits of Szczecin. The patron of the reserve is Prof. Tadeusz Dominik, a mycologist connected with Szczecin.

The “Bukowe Zdroje” nature reserve was established on May 30th, 1956. Then, it covered the area of 207.9 ha. In 2005, its area was expanded to 220.5 ha. The reserve protects the complex of beech forests, riparian forests, and alder swamp forests growing within the area of the diverse lay of the land, because the reserve contains hills densely cut across with deep valleys. In the valley of the Chojnówka River, that crosses the reserve from the north to the south, there is an ash riparian forest. Thin-spiked wood sedge, which outside “Puszcza Bukowa” occurs only in few mountainous stands in Poland, can be found there. The hill slopes are covered by fertile and acid beech forests as well as oak forests. Wood fescue can be found in the undergrowth. The protected plant species growing in the reserve include wild service tree, lily of the valley, guelder-rose, white helleborine, sweetscented bedstraw, fumewort, and wood speedwell.

There are also other attractions in the reserve. It is crossed by 6 marked tourist trails. Following them, one can reach a few interesting places. On the Chojna hill (74 m above sea level), located in the northern part of the reserve, tourists can see the remnants of an early mediaeval Slavonic settlement dated back to the 9th-11th century. On the Chojnówka stream, by Droga Chojnowska, there are the remnants of a mediaeval mill, the so-called Szwedzki Młyn [the Swedish Mill]. On a small elevation located about 100 m to the south-east, there is a 19th-century cemetery of the Jaeckel family, who owned the mill.