The City Fortifications
The city fortifications were built at the turn of the 14th and the 15th century. To this day only fragments thereof have been preserved. They are m...
23-05-2015 ·
Castle (currently a prison)
Home / Discover / Pomorze heritage / Castles 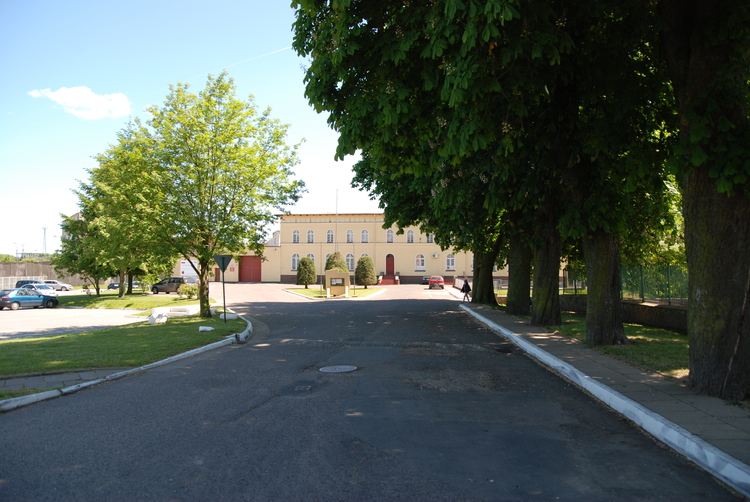 The castle (currently a prison) is situated at Zamkowa Street. The building stands within the area of a former peninsula to the north-east of the Old Town.

The castle was erected in the thirteenth century by the family of von Everstein. The building, which currently serves as a prison, is surrounded by 150 x 80 m wall. The buildings include mainly nineteenth-century constructions, some buildings which date back to the Middle Ages and some from the sixteenth century. In the courtyard there are fragments of well-preserved cobbled surface. To the south and east of the courtyard there is a moat. The castle was built among residential and farm buildings. The fairground was surrounded by a moat and an embankment with a palisade. The castle was converted on numerous occasions according to German standards. It had its glory days during the thirteenth and fourteenth centuries. On the fairground there were: a bakery, a brewery, a forge, a stable, a garden with stone benches and a vegetable garden. At the end of the eighteenth century the castle was converted into a prison and an educational facility. From that moment on, the castle served as a prison, an educational facility for juvenile delinquents and a heavy prison. Until 1945 the building served as a prison for juvenile delinquents, and after 1956 it started to be used as a prison. At the time the castle and the adjacent buildings were converted and they had their historical character changed. The pitched roofs were converted into a flat one. The church was converted into a workshop. In 1989, as a result of a prison riot and a consequent fire which broke out in the building, the remains of historical buildings were destroyed. The greatest loss was the destruction of the sixteenth-century casamates.

More info: www.nowogard.pl
More on the topic:
Geolocation
Search nearby
Castle (currently a prison)
COMMENTS
Sign in to leave a comment.