The Town Hall
The Town Hall in Wałcz is located in the historical town centre in the western side of the market square. The oldest part of Wałcz has a preserved...
26-04-2015 ·
The B-Werk bunker in Szczecinek
Home / Discover / Pomorze heritage / Fortifications and military structures / Fortifications 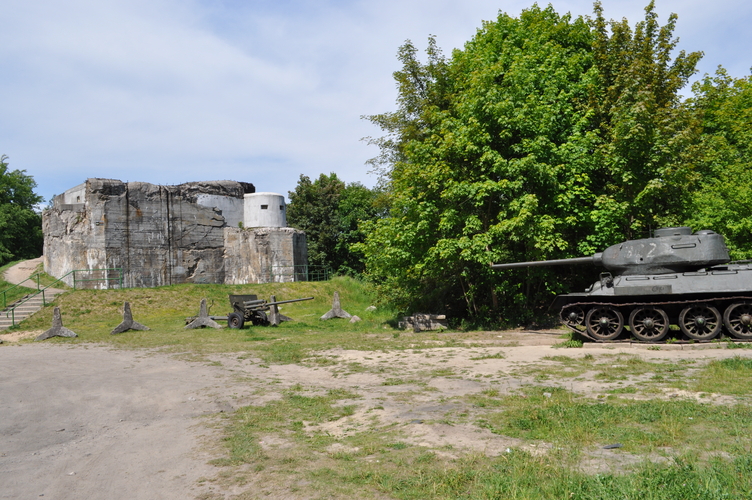 The B-Werk bunker is located on Kościuszki Street near the Viki hotel, by the road towards Połczyn Zdrój. In front of the bunker, there is a large, free-of-charge parking lot.

The construction of the bunker started in 1934. It is one of seven two-storey heave bunkers of the entire Pomeranian Line – the best preserved one. It is fitted with four heavy machine guns stations, one of which was located in an armoured dome and two others in unique armoured casemates. The task of the bunker was to defend one of the most important roads leading to Germany against a potential attack of Polish troops. There are also such rooms as an engine room, where power generating units were located, a commander’s room, a medical room, a water intake, rooms for soldiers, and other rooms. The entrance to the bunker is protected by a trapdoor. The building is located on the marked Zachodniopomorskie Fortyfikacje [the Fortifications of West Pomerania] trail.