The Town Hall
The Town Hall in Wałcz is located in the historical town centre in the western side of the market square. The oldest part of Wałcz has a preserved...
26-04-2015 ·
Oflag II D Gross Born
Home / Discover / Pomorze heritage / Fortifications and military structures / Fortifications 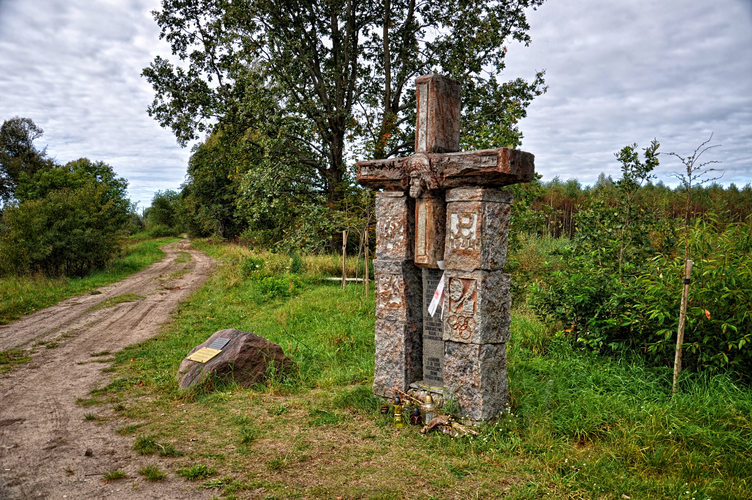 Oflag II Gross Born is situated in Kłomino, in the Borne Sulinowo municipality. The best way to get to Kłomino is to go from Borne Sulinowo towards Nadarzyce and turn right. After several kilometres there is a sign which shows the way directly to the village. There are gravel roads on the way.

Oflag II D Gross Born was built on the hill Psia Górka. It was a complex of wooden barracks, initially used by the troops of Labour and Workers Service, involved in the construction of the Gross Born polygon. Later on the transitional camp Dulag IIE was established and then transformed into Stalag IIE. It was mainly used by privates and non-commissioned soldiers. Then in 1940 Stalag IIE was changed into Oflag IID Gross Born, a POW camp for officers. Between 1940 and 1942 French officers were kept there, and then Polish officers. In 1944 the participants of the Warsaw Uprising were brought there. In 1945 some of fit prisoners who were able to walk far were evacuated to Sandbostel. The others were freed a month later by the soldiers of the 1st Polish Army. At Oflag II D a drama „The first day of freedom” by Leon Kruczkowski was created.

More on the topic:
Geolocation
Search nearby
Oflag II D Gross Born
COMMENTS
Sign in to leave a comment.