Tourist road train trips
Cyrus Tours offers trips in an Italian road train around the seaside resort. It is an excellent opportunity to get to know the history of the town...
12-01-2015 ·
Brama Kamienna [the Stone Gate]
Gryfice
Home / Discover / Pomorze heritage / Fortifications and military structures / Town walls 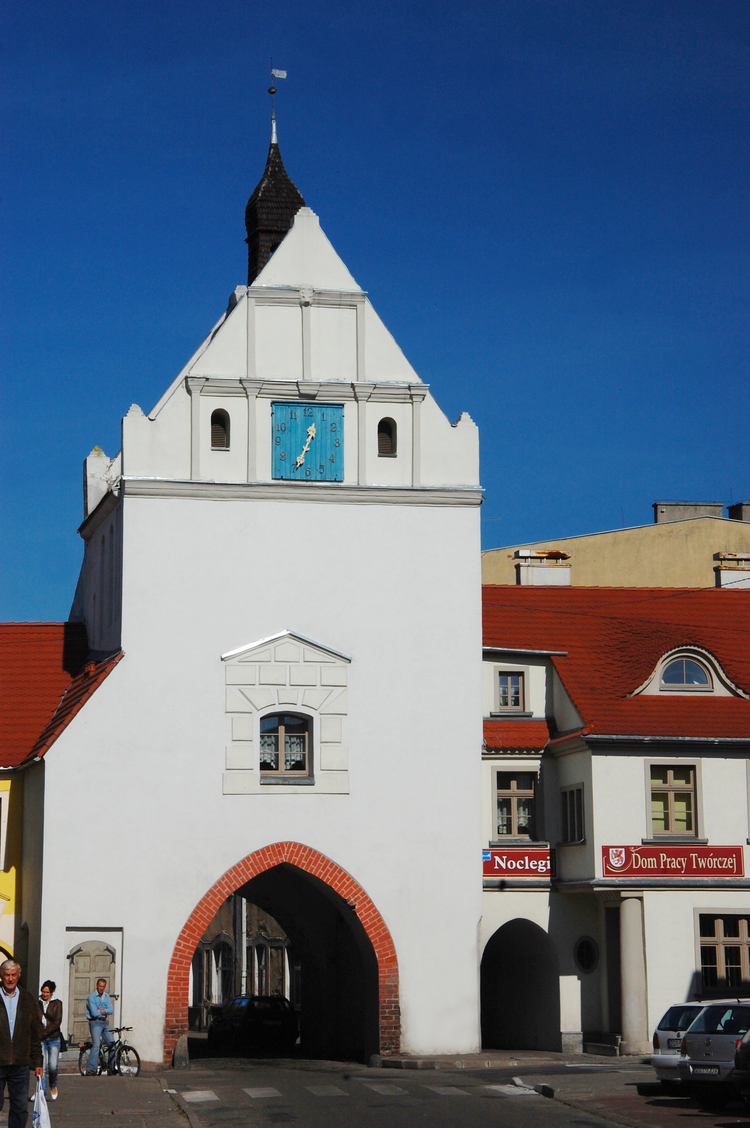 Brama Kamienna is located in the northern part of the Old Town in Gryfice at Kamienna Brama Street, near the intersection of Nadbrzeżna and Wojska Polskiego Streets.

Brama Kamienna is a remnant of the ramparts once surrounding Gryfice. The gate is one of three former entrances to Gryfice and one of only two preserved ones. It was named after a stone mill that once stood nearby. It was called Brama Młyńska [the Mill Gate] for the same reason. Due to the location of the gate, it was also called the Trzebiatów Gate.

The current gatehouse was started to be built in the fourteenth century. The first source information comes from 1333. The gate is a fortified Gothic three- -storey brick building on a rectangular plan. It was rebuilt in the fifteenth century because of the fire. When Renaissance came to Gryfice, cornices, gables and pilasters were added. The ogival gate opening is covered with a barrel vault. Two-step side slopes were located from the North (outside the walls). Three high semicircular blinds with small windows were placed among them. Both elevations are crowned with apexes divided by pilasters. The middle pilaster at the apex from the town side is crowned with the head of a pig. A figure of a knight can be noticed on one of the northern pilasters. Originally, the building was ejected from the walls, which were replaced by houses with pedestrians tracts in the eighteenth and nineteenth century.

After the Napoleonic Wars, it lost its original function. There used to be an inn, a bowling alley and the People's Library in the gateway until 1945. It housed a cafeteria, gym and rehabilitation room after the war. Currently, a small hotel and Artists Retreat are there.

More info: www.dompracytworczej.pl
More on the topic:
Geolocation
Search nearby
Brama Kamienna [the Stone Gate]
COMMENTS
Sign in to leave a comment.