“TarzanPark” Ropes Course
TarzanPark in Barlinek invites kids, teenagers and adult to take a challenge on 4 courses of different levels of difficulty. The total length of al...
13-01-2015 ·

The Mother of God Queen of Poland church
Bielice are a small mediaeval oval village. It was first mentioned in 1235, in a document of Warcisław Świętoborzyc, transferring Beliz to a k...
09-04-2015 ·

The suspension bridge
For many years, there has been a bridge connecting the Bukowina in Wałcz with the forest on the other side of Raduń Lake. The name of the bridge -...
28-04-2015 ·

The Castle of the Order of Saint John
From the first half of the 13th century Swobnica and the surrounding areas belonged to the Order of the Knights Templar, the headquarters of which...
20-05-2015 · 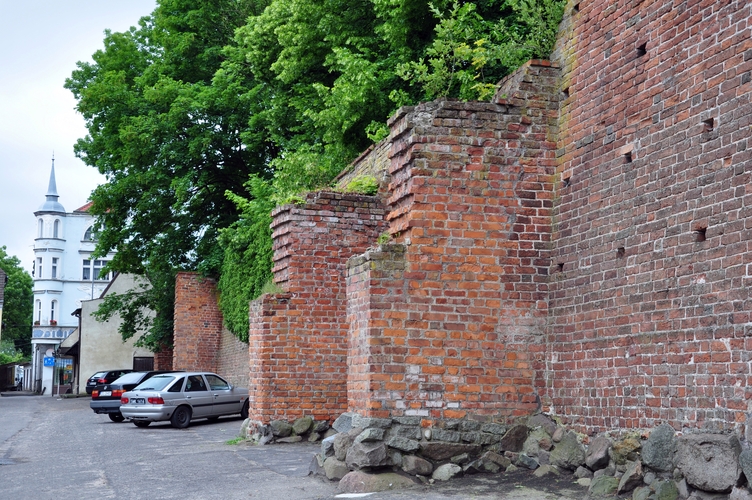 The beginning of building the town walls was after Trzebiatów was granted municipal rights on 6 May 1277. Trzebiatów received privileges such as exclusive use of the now defunct port in Regoujście, the possibility of free navigation on the Rega and the right to fortify the town. They walls were built from the first half of the fourteenth to the first half of the fifteenth century. They were made of bricks and on foundations of boulders. There were also towers within them. Some of them were round, some square and possibly half-open. A few gates, non-existent now, guarded the entrance to the town. The town was also protected by the Młynówka and the Rega Rivers. Today, the outline the whole defence system of Trzebiatów is very clear. The section in the north-eastern part of the Old Town has not survived. The preserved sections are in different states. Some of them were deliberately reduced, others were adapted to current needs, and some suffered during the widening of the road. The most interesting building in the defence system of Trzebiatów is the gunpowder tower, known today as Baszta Kaszana [the Groats Tower]. It is a cylindrical tower with a diameter of 4 metres. The brick tower is 14 metres high and is covers by a pyramidal roof. It was created along with the adjacent sections of walls at the turn of the thirteenth century. In addition to the defensive-guard feature, it was also a store of gunpowder. The current common name derives from the legend, according to which, the town was besieged by the army of Gryfice in the fifteenth century. One of the guards performing guard duty is said to have dropped a bowl of porridge from the tower, which broke on the head of one of the besieging soldiers, thereby thwarting the concealed attack. With reference to the legend during the summer at the foot of the pasha held 'the Day of Porridge' is now held near the tower in the summer as a reference to the legend. The tower is open to the public (after a prior contact).

More info: www.baszta-kaszana.pl
More on the topic:
Geolocation
Search nearby
The town walls
COMMENTS
Sign in to leave a comment.