Tourist road train trips
Cyrus Tours offers trips in an Italian road train around the seaside resort. It is an excellent opportunity to get to know the history of the town...
12-01-2015 ·
Baszta Więzienna [the Prison Tower]
Kołobrzeg
Home / Discover / Pomorze heritage / Fortifications and military structures / Town walls 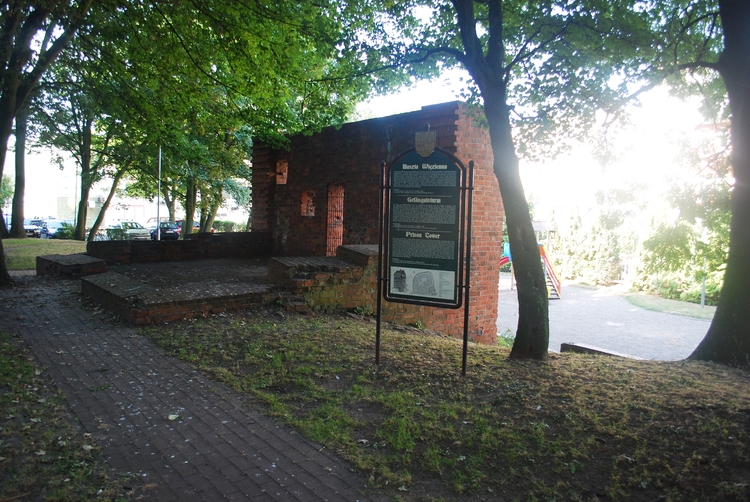 Baszta Więzienna in Kołobrzeg was located in place where nowadays is a backyard of a block of flats with 10 staircases, built from large concrete slabs situated on Wąska Street. However, the entrance to an alley from which the staircases can be accessed is located on Łopuskiego Street. It can be also reached through a passage – a tunnel located under the block of flats, more or less in a half-length of the building.

The ruins of the tower indicate the course of the mediaeval defensive walls from the north-west. Only the ground floor and a fragment of a wall have survived. In recent years, bricks have been protected from falling out, and bars have been mounted into window and door openings. Due to this, the character of the place is rendered in a better way. In the 14th-century tower, older than the fully preserved Baszta Lontowa [the Fuse Tower], prisoners waiting for a trial and convicts were kept.

: Baszta Lontowa [the Fuse Tower] (known as prochowa [a gunpowder one])
Search nearby
Baszta Więzienna [the Prison Tower]
COMMENTS
Sign in to leave a comment.