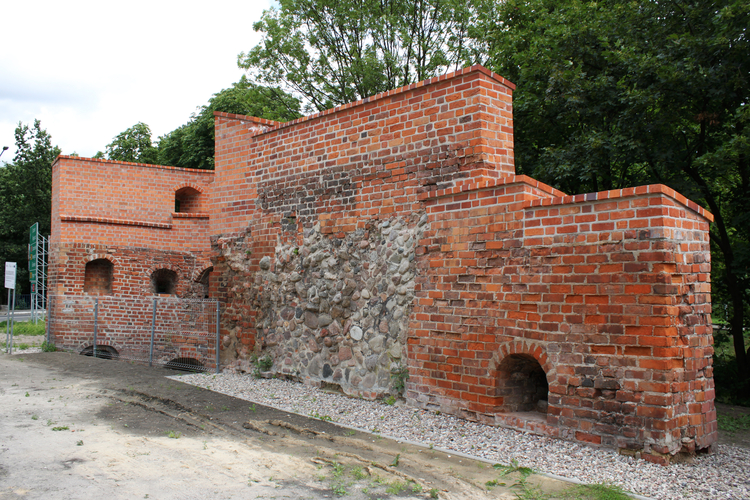 The defence walls surround the Old Town and they run through Planty Stargardzkie [Planty Park in Stargard]. The preserved fragments of the wall can be found in: Park Chrobrego (along Warowna Street and Sukiennicza Street), in Park Jagielloński (on Strażnicza and Szewska Street) and in Park Zamkowy [Castle Park] (along Kasztelańska Street).

The defence walls in Stargard are part of the biggest and the most interesting fortification complex in Poland. Their creation started after Stargard had been granted town privileges. Until the 13th century, Stargard had been fortified with wood-and-land ramparts, which at the end of the century were transformed into stone walls which were almost 8 meters high. At the turn of the 15th and the 16th centuries, the walls had been expanded and reinforced with moats and embankments. During that period, 45 lookout towers, 9 fortified towers and additional 2 gates were built. The total length of the fortifications was almost 2260 m. Only 1040 meters of the wall, 3 town gates and 4 towers have been preserved to date. The fragment which has been best preserved is located between the Pyrzycka Gate and the Bastion near Baszta Tkaczy [The Weavers Tower].  Visitors can also climb the reconstructed hoarding – a walking path along the wall (the entrance is in Muzeum “Basteja” [the “Bastion” Museum]. The hoarding is one of the Museum’s attractions).

: Muzeum Basteja [the Bastille Museum]
Search nearby
The defence walls
COMMENTS
Sign in to leave a comment.