The City Park
The City Park was created at the end of the 19th and the beginning of the 20th century. It stretches along the northern shore of Trzesiecko Lake, a...
29-04-2015 ·
Brama Wysoka [The High Gate]
Darłowo
Home / Discover / Pomorze heritage / Fortifications and military structures / Town walls 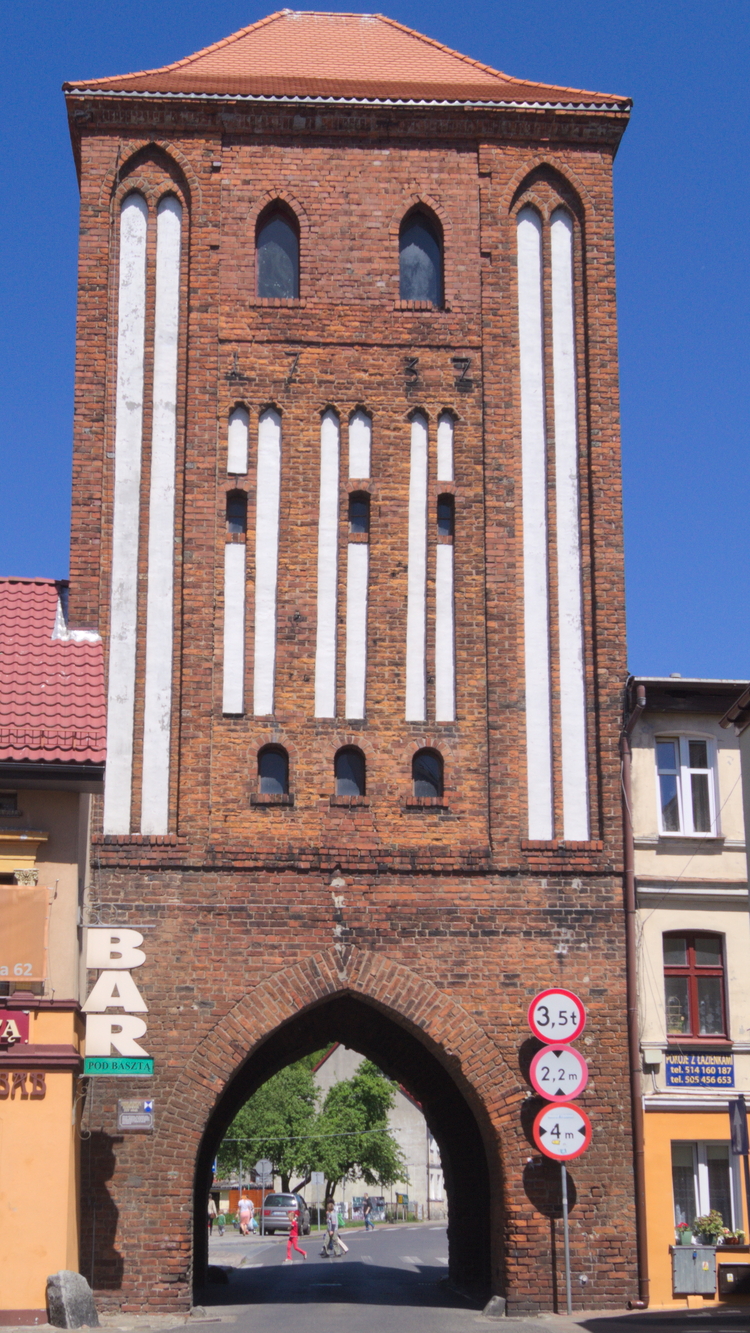 Brama Wysoka [The High Gate] is located in the centre of Darłowo. It is situated around 120 meters from the main square of the town – Plac Kościszki [T. Kościuszko Square], on Powstańców Warszawskich [Insurgents of the Warsaw Uprising] Street.

The High Gate in Darłowo dates back to the 14th century. This is a masonry building, whose name is adequate for its size. It is one of the few remaining parts of the town’s Medieval fortification system, and the only preserved gateway (out of four), which led to Darłowo, in the past. From the south, there used to be Brama Wieprzańska [The Wieprzańska Gate], from the south - Brama Kamienna [The Stone Gate] (also called Murowana [Brick], Wysoka [High] and Słupska), from the east – Brama Zamkowa [The Castle Gate], and Brama Nowa [The New Gate] from the west. The wall around the town was probably built before 1361. It was1500 meters long. Part of the wall was equipped with buttresses. Fortified towers provided additional defence. There were 21 of them and they were placed every 60 – 70 meters. The old wall’s thickness was between 1 m and 1,9 m, and it was almost 8 meters high.

High Gate’s brickwork is made in Monk bond, which in its upper part becomes Gothic (also known as Polish) bond. The gate has a hip roof. It is a four-storey construction. The tower’s clearance on top, ends with a pointed arch. It is ornamented with narrow, tall blind windows, rows of small, pointed-arch widows, and with steel bars on the façade which form the “1732” date. This ornamentation was made to commemorate the complete renovation which was conducted that year. In the northern part, the gate was supported with buttresses. Because of its height, the gate offered the best view for the guards. In the past, the town was also protected by a moat. In order to get to the castle, a drawbridge had to be used.

More on the topic:
Geolocation
Search nearby
Brama Wysoka [The High Gate]
COMMENTS
Sign in to leave a comment.