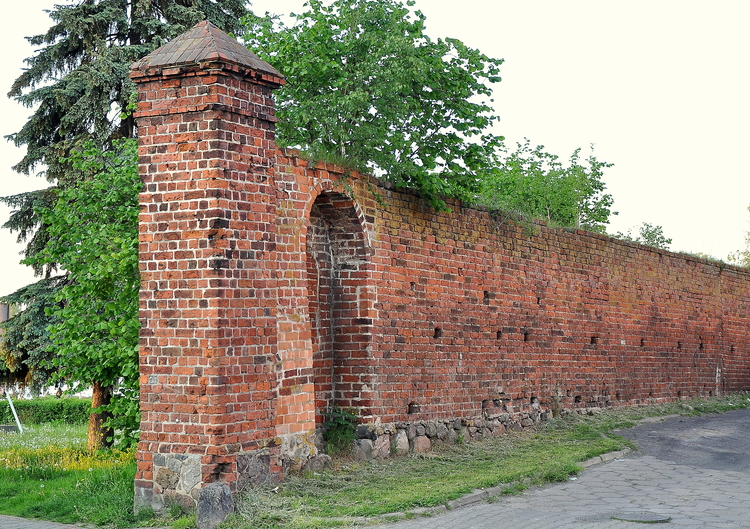 The town walls were the borders of the old city. Their fragments can be found on the outskirts of the old town. The historic Barbican is located on the corner of Piastowska and Wolności Streets. Part of the fortifications is located between Bohaterów Warszawy Street and 22 lipca Street, and at Mur Południowy Street.

The town walls in Choszczno were built in the late fourteenth and early fifteenth centuries. To this day, only fragments of the walls have survived. The walls were made of stone and brick, and their length was 1600 metres. They were reinforced by the system of embankments and moats. The northern side was protected by wetlands.

In the first half of the eighteenth century, it was decided to demolish the defence system. The three gates were demolished, the moats were filled and the embankments were levelled. Then came the idea to transform the area into a recreation area. In the area next to the western and southern walls, a park (now Moniuszko Park), as well as recreation and sports grounds were created. On the southern embankment, along Piastowska Street, a promenade, which is now called Wały Piastowskie [the Piast Embankments] was made.

To this day, only small fragments of the medieval town walls have survived. There still exist a large part of the northern wall and small parts of the southern and western walls. A circular structure - the roundel of the forearm of Brama Kamienna, i.e. the Barbican, was left out of the demolished gates. To this day, its loopholes and the frieze of black bricks have survived. The Barbican is located at the corner of Piastowska Street and Wolności Street, it is the seat of the Town Council.

More on the topic:
Geolocation
Search nearby
The town walls
COMMENTS
Sign in to leave a comment.