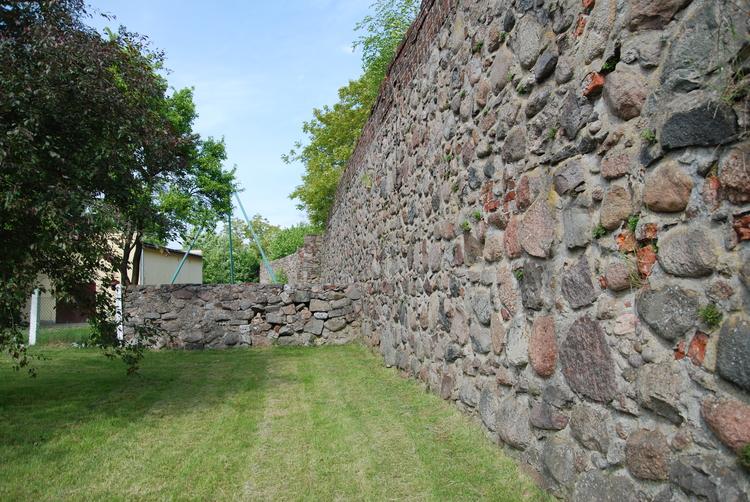 The defensive walls surround the town on its entire perimeter.

The walls were constructed at the turn of the thirteenth and fourteenth century pursuant to a decision of 1286, and survived to this day. On the outside, the walls were protected by an embankment and a moat. The embankment and the moat were removed in the eighteenth century. In the nineteenth century the gatehouse was deconstructed as well. The present-day appearance of the walls reflects the way they looked in 1868, i.e. at the time of removal of the internal gates and fortified tower. The French fortified tower from the fourteenth-fifteenth century survived to this day. The entrance to the tower is placed in the elevation parallel to the defensive walls.