Pałac Młynarza [Miller’s Palace] and a mill
The first mill was built in this place in the 13th century in connection with granting a town charter to Koszalin in 1266. The complex survived unt...
30-04-2015 ·

The town hall
The town hall in Złocieniec is located at the market square and was built between 1833 and 1863 on the site of earlier structures performing the sa...
30-06-2015 ·

Hobbits’ Village
The Hobbits’ Village is one of the theme villages which were created as part of the project whose main aim was to invigorate the village and to int...
21-04-2015 ·

Dolina Miłości [Love Valley]
Supposedly in 1850 at the entrance to the hills there was a banner with the following content: “Welcome to the valley created by love”. In such a w...
04-07-2015 ·

The granary
The building was erected to function as a granary, according the design by Walter Adolf Georg Gropius, the world-famous modernist architect, a foun...
14-01-2015 ·

Eureka - the Movement Exhibition
This exhibition is entirely devoted to the phenomenon of movement. It consists of several dozen of interactive exhibits (from the field of physics...
21-09-2017 ·
The town walls
Home / Discover / Pomorze heritage / Fortifications and military structures / Town walls 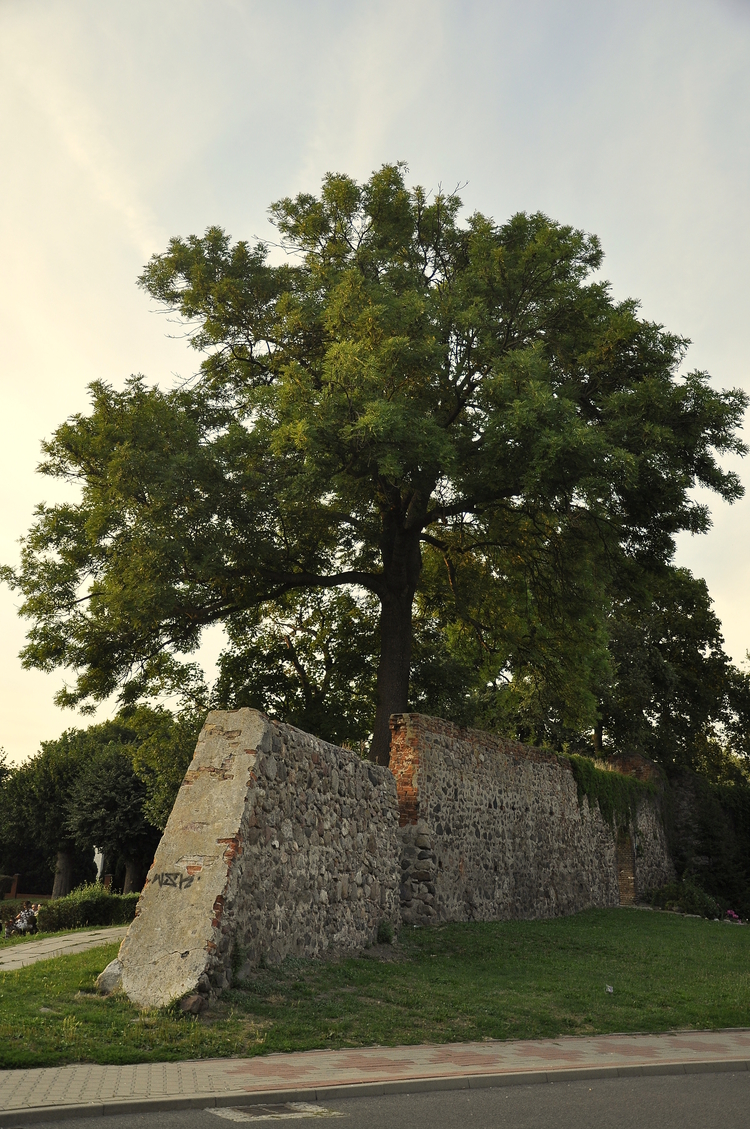 The preserved sections of the town fortifications are located in the northern and north-eastern part of the town. The Pyrzyce Gate is located at Kardynała S. Wyszyńskiego Street, the Nowogródek Gate - at the junction of Bohaterów Warszawy, Lipowa and Wałowa Streets; the Prochowa [Gunpowder] Gate -  between Ogrodowa and Mickiewicza Streets (better accessible from the other side).

The fortifications of Myślibórz were started to be built around the time when the town was granted municipal rights in the thirteenth century. The grid of the streets preserved until today was laid out then. It was also planned to erect fortifications. They were built in the mid-thirteenth century. Three gates led to the town: the Pyrzyce, the Nowogródek and the one of an unknown name. Only the first two have survived. Forty-nine towers, mostly half-open ones, strengthened the defence system of the town. Only the Prochowa [Gunpowder] Tower and fragments of one of the half-open (half-shell) towers have survived to the present times. The preserved fragments of the town walls are from the fourteenth century.

The Pyrzyce Gate was founded in the mid-fourteenth century. It is a Gothic brick building, built on a square plan. It is decorated with lancet blinds. The gate was topped with a ceramic pyramidal roof. Over the centuries, it was rebuilt several times. The Archaeological Museum of the Myślibórz Lake District has had its seat there since 2002.

The Nowogródek Gate was founded in the mid-fourteenth century. It is a Gothic brick building, built on a square plan. It is decorated with lancet blinds. The gate was topped with a ceramic pyramidal roof. A hostel and the Myślibórz branch of PTTK [Polish Tourist and Sightseeing Society] have had their seat at the gate since 1968.

The Prochowa [Gunpowder] Tower was established at the turn of the fourteenth century. It is a Gothic brick building, built on a circular plan. In the nineteenth century, it was crowned with crenellation and pyramidal roof, and the entrance was cut. Originally, the tower could only be reached from the wall.

The preserved sections of the walls can be seen at the intersection of Pomorska and Wałowa Streets, and between Ogrodowa and Pomorska Streets. The best preserved section is the last one. It gives You the possibility to imagine how the entire defence system of Myślibórz looked like in its heyday. The preserved fragments of the wall were mostly made of boulders. With the development of the art of siege, the brick superstructure was added. The traces of the places were guard porches were fixed are clearly visible. Every few metres there are half-open wall towers, currently used in a variety of ways.

More on the topic:
Geolocation
Search nearby
The town walls
COMMENTS
Sign in to leave a comment.