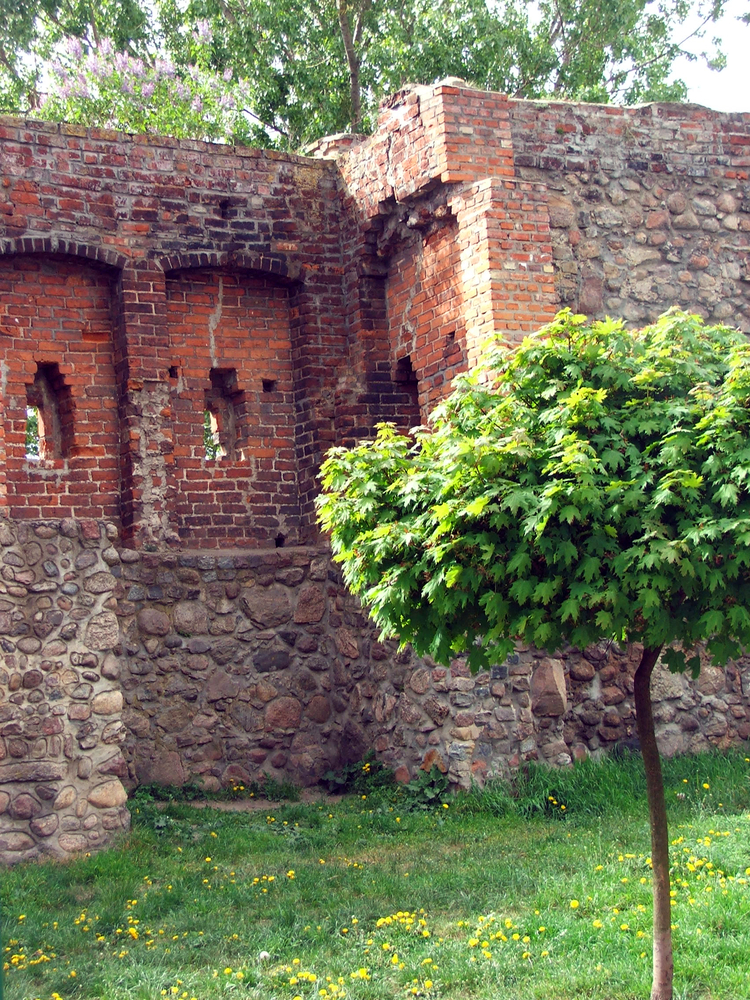 The fragments and remains of fortifications in Barlinek are located on 7 Niepodległości Street, at the junction of Górna and Chmielna Streets, and on Jeziorna Street.

In the 14th century, Barlinek had a system of fortifications that encircled the town with a 7-metre tall and 1,800-metre long wall. The fortifications included moats, lookout posts, towers, small gates and two large gates located opposite to each other: Brama Młyńska [the Mill Gate] (remnant of which is a building with a bay window tower, located on 7 Niepodległości Street) and Brama Myśliborska [the Myślibórz Gate] (no fragment of the gate has survived up to this day).

In the 19th century, the majority of the system of fortifications was pulled down, and the rest was damaged during the Second World War. The 400-metre long pieces that have survived are located mainly at the junction of Górna and Chmielna Streets, where spectacular details of the walls’ crown, the remnants of a lookout post and Psia Furta [the Dog Gate] can be found.

Other remnants of the fortifications can be seen also on Jeziorna Street. They give the idea of the power of mediaeval fortifications protecting the town when it used to be a frontier defensive settlement.

More on the topic:
Geolocation
Search nearby
The Remnants Of Mediaeval Fortifications
COMMENTS
Sign in to leave a comment.