The City Park
The City Park was created at the end of the 19th and the beginning of the 20th century. It stretches along the northern shore of Trzesiecko Lake, a...
29-04-2015 ·
The fragments of city and cathedral fortifications
Home / Discover / Pomorze heritage / Fortifications and military structures / Town walls 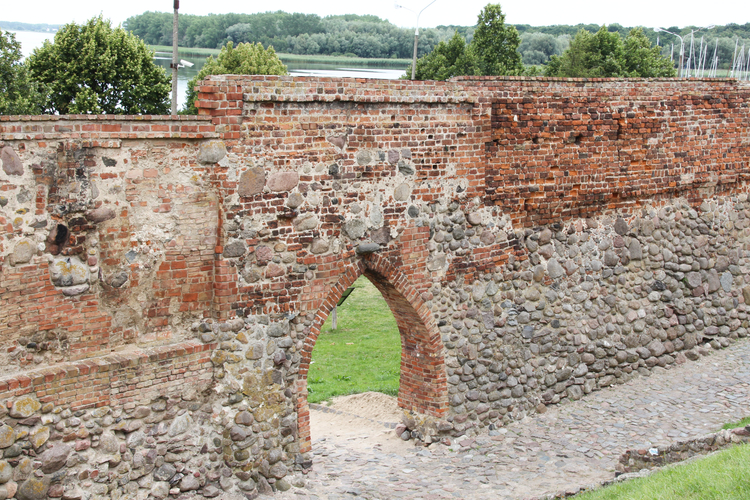 The construction of the system of defensive walls surrounding Kamień Pomorski was began in the first half of the 14th century after the attack of the Brandenburgians, who burnt down the town. Eight defensive towers were built – three of them were situated from Kamień Lagoon. From the direction of land, the town was protected by a wall with five towers and two moats from the south. The cathedral and chapter buildings had their own fortifications – their fragments survived to the present times. The remnants of Brama Katedralna [the Cathedral Gate] and Brama Kapitulna [the Chapter Gate] can be seen.

Some well-preserved remnants of old city fortifications are located near the Lagoon – it is Furta Maślana [the Butter Gate] together with a passage in the wall and Brama Wolińska [the Wolin Gate] with a tower. The remaining fragments of the defensive walls were pulled down in the 19th and in the early 20th century and the building material was used for a construction of houses.

More on the topic:
Geolocation
Search nearby
The fragments of city and cathedral fortifications
COMMENTS
Sign in to leave a comment.