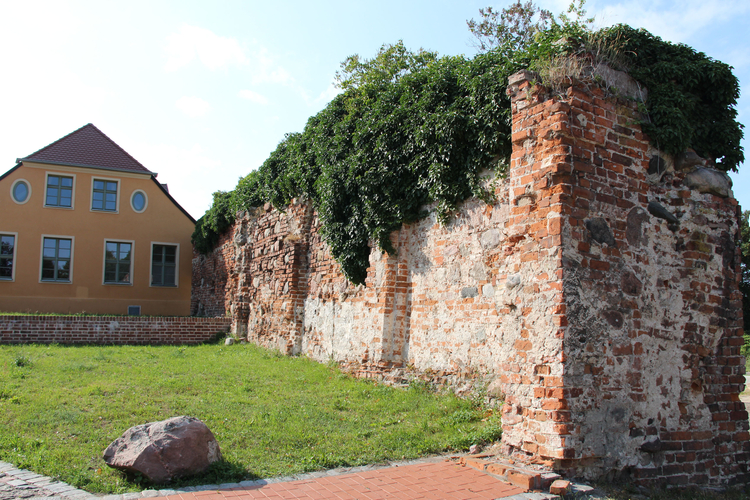 Wolin, the district of Kamień Pomorski. The remnants of old defensive walls are located in the vicinity of Polna Street and a wharf.

Built in the 14th and the 15th century, the system of fortifications surrounding the town consisted of defensive walls and five bastions projecting outward from the wall. The extension of the fortifications lasted until the 17th century; then, they were pulled down and rebuilt again in 1710.

The fragments of the oldest walls are situated in the north-eastern part of the town. They are 3 metres tall and about 50 metres long. They are built of stone and characterized by a heterogeneous structure.

More on the topic:
Geolocation
Search nearby
The Mediaeval Defensive Walls
COMMENTS
Sign in to leave a comment.