Water tower
The water tower was constructed in 1935 within area of a water intake. The water was drawn with the use of a deep-well pump. The tower was used to...
22-04-2015 ·
The Mariner’s Monument
Szczecin
Home / Discover / Pomorze heritage / Historic Monuments 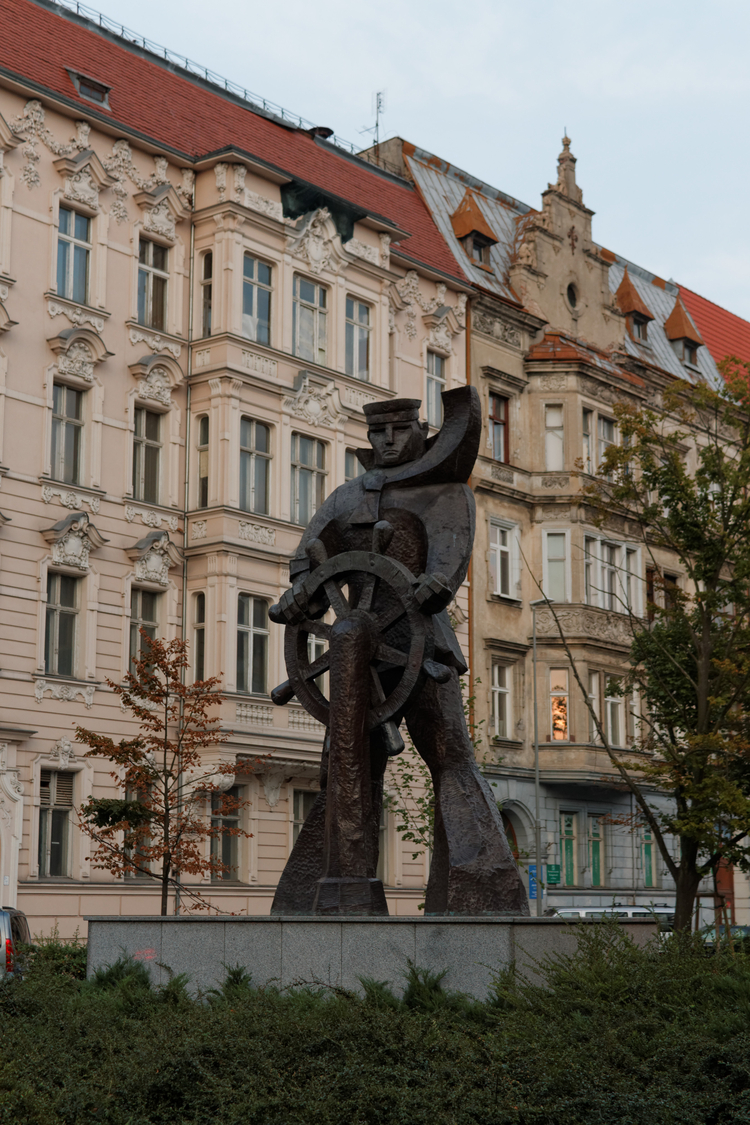 The statue of a Mariner-Helmsman is situated in the city centre on Aleja Fontann [the Alley of Fountains], approximately 2 km north of the Railway Main Station. Nearby, in the vicinity of Grunwaldzki Square, there is a stop of trams no. 3, 5, 8, 10, 11, and 12. There are numerous paid parking spaces located in the neighbourhood.

Szczecin, as a city where the Maritime University of Szczecin is located, had to possess a monument referring with its appearance to maritime traditions of the capital city of the West Pomerania Province. According to the design by Ryszard Chachulski, on the commission of the Association of Friends of Szczecin, on proposal of Zbigniew Abrahamowicz, it was decided that an imposing copper statue representing a sailor should be erected. The plan was fulfilled in 1980. The figure looks majestic and measures, along with a pedestal, 405 cm. The sailor holds a steering wheel in his hands, and the collar of his overcoat seems to wave in the wind. The figure is not related to any specific event; it reminds the inhabitants and tourists who visit Szczecin that it is a city connected with sea and seafaring. The fragment of the Alley of Fountains, where currently stands the statue of a Mariner-Helmsman, was developed in the 1990s. In 2007, the monument underwent a refurbishment. It is surrounded by lavish vegetation and colourful bushes. Behind its back, there is one out of three fountains located in this part of the street (hence the name – the Alley of Fountains).

More on the topic:
Weather
Geolocation
Search nearby
The Mariner’s Monument
COMMENTS
Sign in to leave a comment.