STEPNICA The marina on Młyński Canal
This charming and quiet place is sheltered from the winds. It is a safe, friendly and green port, and most importantly, free of charge. The canal i...
29-04-2015 ·
The Maritime University
Szczecin
Home / Discover / Pomorze heritage / Other points of interest 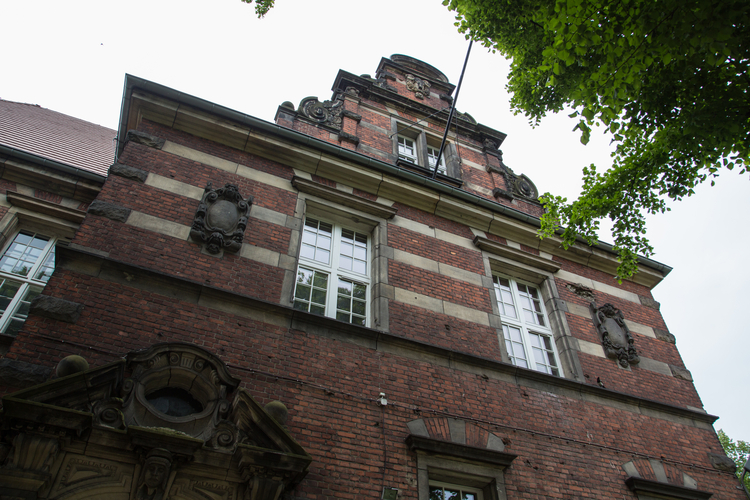 To get to the observation decks on Wały Chrobrego [the Chrobry Embankment], the most representative place of Szczecin, take the tram No. 6 or the bus No. 70. If You use the tram, You should get off at the "Wały Chrobrego" stop and there You are at the foot of the observation decks towering over the Oder. You have to cross Jana z Kolna Street and climb up. If You decide to choose the bus, get off at the "Teatr Współczesny" ['Contemporary Theatre'] stop or "Urząd Wojewódzki" ['Provincial Office'] stop and You are on the decks. The Maritime University building is the first one on the left.

The first building on the left is actually two structures merged into one. The first part of the today's Maritime University was built between 1902 and 1905 according to the design of Emil Drews. The building of a stucco façade is decorated with vases on the top. The building was designed to be the headquarters of Krajowy Zakład Ubezpieczeń Społecznych [the National Social Insurance Institution]. The building has four wings with a courtyard between them. Part of the rooms was intended for offices and corporate housing. The presentable staircase in its original state has survived until contemporary times.

The second part of the building was designed by K. Hinckeldeyn in 1912. Its construction lasted until 1921. The building of red brick has many interesting sandstone sculptures on the facade. The building was built as the seat of the Central Directorate of Customs. Both buildings were built in a north German Renaissance style, and their shape was to refer to the opposite building of the Szczecin regency.

The Maritime University has had its seat in the buildings since 1968. A bust sculpture of a fisherman is placed at the rear - if You come closer to the fence of the university from Jarowita Street, You should see the bust. The sculpture was still in in the main hall of the university in the 1960s. The Maritime University building was placed on the provincial list of monuments in December 1996.

More info: www.am.szczecin.pl
More on the topic:
Weather
Geolocation
Search nearby
The Maritime University
COMMENTS
Sign in to leave a comment.