STEPNICA The marina on Młyński Canal
This charming and quiet place is sheltered from the winds. It is a safe, friendly and green port, and most importantly, free of charge. The canal i...
29-04-2015 ·
Chinese House
Home / Discover / Pomorze heritage / Other points of interest 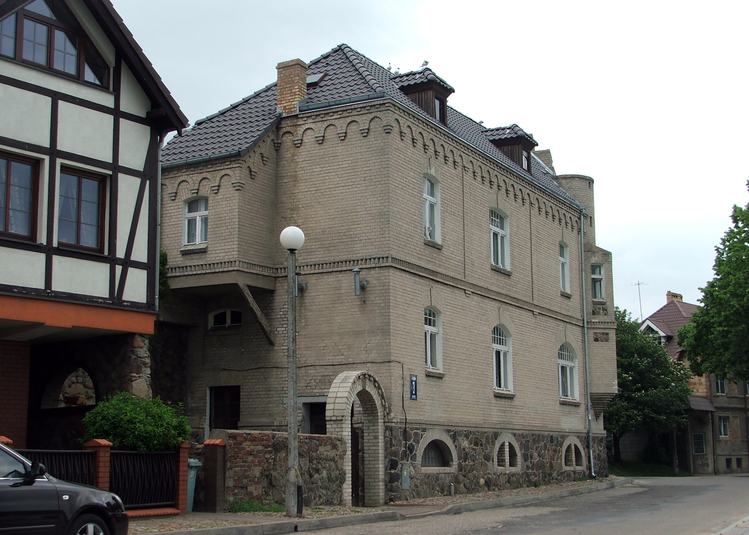 Chinese House is located in the south-eastern part of Barlinek, at the junction of Jeziorna Street and Wylotowa Street, on the northern bank of Barlinek Lake.

Chinese House takes its name from the surname of its first owner, who spent most of his life in the Far East. He was passionate about popularising the old Chinese board game, named “Go”. After he returned from his journeys, he came back to his hometown, but it was different from what he remembered from his childhood. He preserved one of the few elements of the town walls in his newly created office. It can still be seen from Grodzka Street. Although, it may not be so obvious in the beginning, the building refers to the old fortifications. After taking a closer look, it starts to remind a fortified tower or a gate. The most eye-catching detail in the building, is the bay window which ends with a miniature of the old Wielka Furta Wodna [Great Water Gateway]. Another thing worth attention is the fact that stones were used in the bottom part of the construction. The tenement belongs to a private owner, therefore it can be only admired from outside.