STEPNICA The marina on Młyński Canal
This charming and quiet place is sheltered from the winds. It is a safe, friendly and green port, and most importantly, free of charge. The canal i...
29-04-2015 ·
Domek Kata [the Executioner’s House]
Home / Discover / Pomorze heritage / Other points of interest 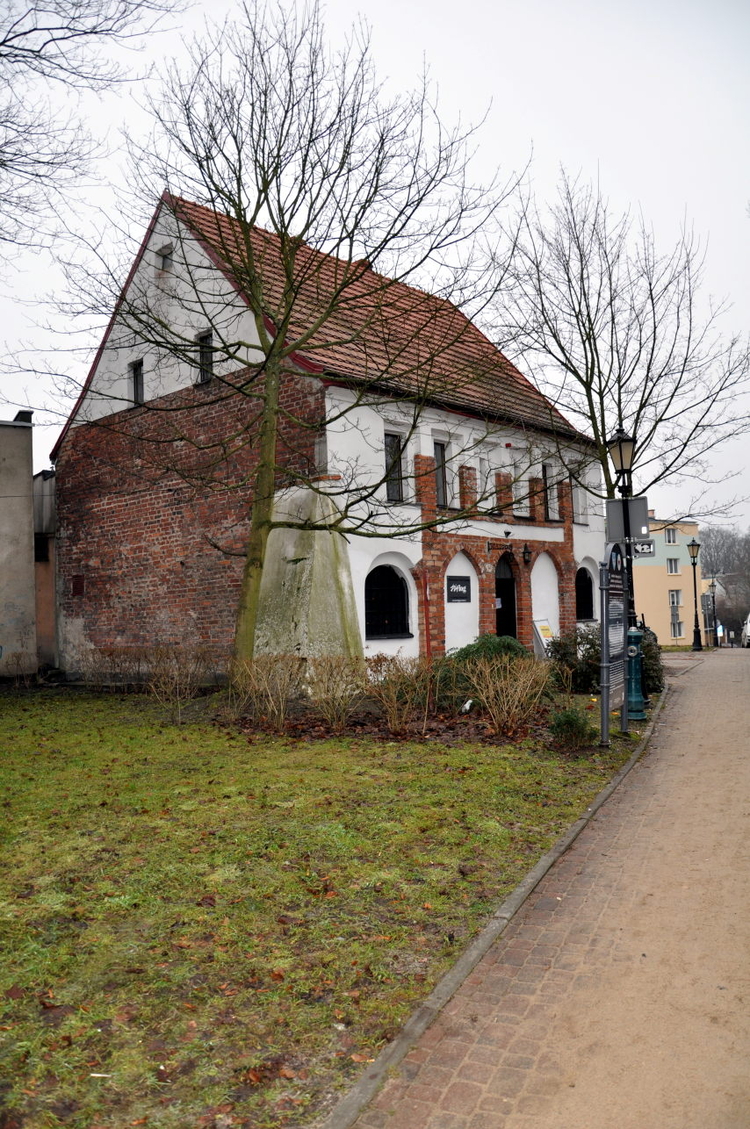 Domek Kata is located in Koszalin on Grodzka Street. At a distance of about 150 km from the building, there is the Pomeranian Dukes Park and the Stanisław Moniuszko Koszalin Concert Hall.

Domek Kata on 3 Grodzka Street is a Gothic burgher’s house erected in the 15th century on a trapezium plan, which was motivated by a curved line of the town walls in that place, most probably using a fragment of a former tower. The preserved front façade, exposed under the plaster bewitches with its Gothic architecture – with a lanceted entrance and blind windows on the ground floor, a corner buttress, and pilaster strips reaching the middle of the first floor. Nowadays, the building is a seat of the Teatr Propozycji “Dialog” Association, promoting contemporary one-person plays. It is also a place of recitation shows and other cultural events. In the past, the house was inhabited by an executioner, hired to work full-time since 1464, when the town council bought out the right of judging and sentencing from the bishop. Minor demeanours were punishable by lashing, pillory, or being shackled in the stocks. Serious crimes were punished with death inflicted in various manners. People who murdered their parents were packed into a sack and drowned, witches were burnt at the stake, people guilty of other crimes were hanged and beheaded. Executions took place in two places – depending on the birth of a convict – on the Hangmen’s Hill on Dąbrowskiego Street (behind an open-air heritage park), where gallows were located, or temporarily on the Old Town market square for those of noble birth. The profession of an executioner remained in a family and was handed down from a father to his son. The last execution was carried out in 1893, but the executioner’s family still lived in the house in the interwar period. In the Middle Ages, executions were also a show for the masses, and the executioner were received decent remuneration for his work. In a peculiar price list of executioner’s services, much could have been earned for beheading or burning a convict – as many as 10 florins. A half of this amount was for tortures, including a breaking wheel torture, and for burial of suicides (a prejudice did not allow people to touch the corpse). An ordinary pillory punishment, lashing, or putting somebody in the stocks cost the municipal treasury 9 shillings. A peculiar punishment awaited women guilty of slander. They had to stand in front of a church during an entire service with a heavy sack of rocks. This was reportedly a moderately effective remedy for gossip.

More info: http://www.teatrdialog.koszalin.pl/
More on the topic:
Geolocation
Search nearby
Domek Kata [the Executioner’s House]
COMMENTS
Sign in to leave a comment.