STEPNICA The marina on Młyński Canal
This charming and quiet place is sheltered from the winds. It is a safe, friendly and green port, and most importantly, free of charge. The canal i...
29-04-2015 ·
Baszta Więzienna [the Prison Tower]
Home / Discover / Pomorze heritage / Other points of interest 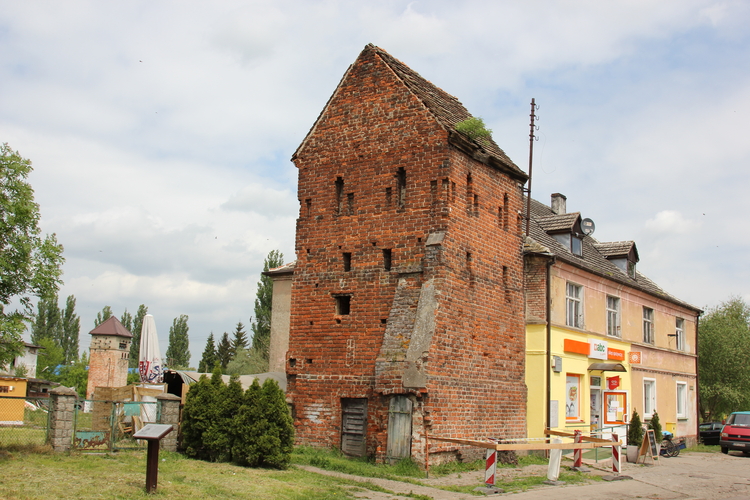 Kołbacz is located about 25 km from Szczecin. To get to Kołbacz, go along the E65 Szczecin - Pyrzyce road and turn left into the road No. 120. The Prison Tower is next to the "Pod Basztą" shop, near the bridge over the Płonia River.

Cistercians arrived to Kołbacz in 1173. They were brought here from Denmark by Wartislaw Swantibor. The monks specialised in agriculture, stimulated economic growth of the village, contributed to the construction of major facilities. In the years 1210-1347, thanks to the monks, a monastery, a church, farm buildings and fortifications were built in Kołbacz. The only remnant of the fortification which has survived to our times is the prison tower.

The prison tower was built in 1349, near the bridge over the Płonia River opposite the Abbot's house.

Built in the thirteenth century, the monastery was surrounded by walls and towers to fight off invaders. And they attacked way too often. In 1242, when the prince of Szczecin learned that the monks accepted German patronage, invaded and completely plundered Cistercians' property. In 1273 and 1478, the monastery complex was attacked by an army of Brandenburg; in 1433, the Hussites were the ones who invaded. Monks decided to build ramparts and moats due to the frequently repeated attacks. Only the prison power, where a dungeon used to be, was preserved from the fortifications.

The building was built of red brick, with a gable roof as its coping. Small, rectangular window openings are seen in the walls of the tower. You can find empty space inside where the door used to be, but the hinges are still in the walls. The tower is unique on a national scale, as it is the only remnant of the fortifications defending the monks' assets in Poland.

A residential building, where a convenience store "Pod Basztą" is, is adjacent to and several hundred years younger than the tower. The prison tower is one of the few buildings that survived in a very good state out of the whole complex of medieval monastic buildings. Nevertheless, it has not been repaired for years. The prison tower with a Gothic barn and refectory of the oblates was included on the list of monuments in April 1955. The building has not been renovated, and the tower is not currently open to the public.

: Dom Opata [The Abbot’s House]
Search nearby
Baszta Więzienna [the Prison Tower]
COMMENTS
Sign in to leave a comment.