STEPNICA The marina on Młyński Canal
This charming and quiet place is sheltered from the winds. It is a safe, friendly and green port, and most importantly, free of charge. The canal i...
29-04-2015 ·
The cathedral complex
Home / Discover / Pomorze heritage / Other points of interest 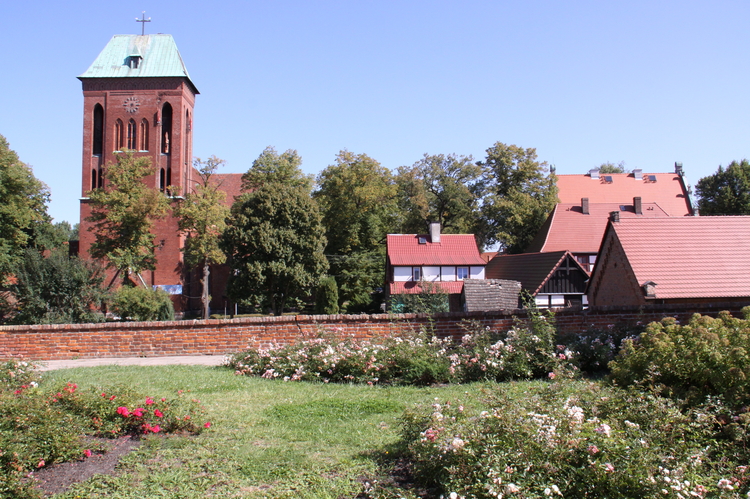 The cathedral complex is located on Katedralny Square, on the eastern side of the old town.

The Cathedral Complex in Kamień Pomorski was declared a historical monument in 2005. It is a separate landmark within the town, originally surrounded by a rampart. The cathedral complex consists of several historic buildings: the cathedral, patio, bishop's palace, rectory, canonry, the dean's curia, sacristan house, school, wall paintings in the sacral treasury, and the organ. In the twelfth century, Kamień Pomorski was a thriving hub and it was the reason which led to the seat of a Pomeranian bishopric, which covers almost half of the Baltic coast, to be moved there . The construction of the first monumental building in the eastern part of the duchy of Pomerania lasted from late December to mid-fourteenth century. In the years 1544 - 1572, as a result of the Reformation, the cathedral settlement became the seat of Lutheran bishops.

The cathedral complex covers the area of ​​2.80 hectares. In its central part there is a cathedral in the Romanesque-Gothic style, built of brick and granite stones in the form of a three-aisled basilica. Equipment of the cathedral was famous once of its wealth; precious works of art were stored in the cathedral treasury. Unfortunately, after 1945, the collections were lost without a trace. Currently, in the cathedral we can see the medieval, late Gothic altar, two wooden crucifixes, a sculpture depicting John the Evangelist, two stone baptismal fonts and 12 tombstones of bishops and church dignitaries, as well as modern elements from the Lutheran period of the temple with baroque elements.

Out of the nine preserved buildings belonging to the cathedral settlement, six belong to the church, and three are municipal property. The oldest building in the settlement is the bishop's palace from the second half of the fifteenth century. Three more buildings date from the eighteenth century, and these are the presbytery, canonry and dean's house. They are typical forms of court building in Pomerania; Gothic elements survived in the dean's house. The institute for young ladies, the sacristan's house and the dwelling house were being built at the same time; however, they were completely rebuilt in the nineteenth and twentieth centuries. The last two buildings, the school and parsons' house were built in the first half of the twentieth century. An additional element of the historical complex is the Baroque gate which is a remnant from the late seventeenth century. It is worth mentioning the patio, which is the only cathedral patio in Poland. Another noteworthy antique is a Baroque organ in the Cathedral of Kamień, which is 13 metres wide, 9 metres high, has 3300 pipes inside and can reach 47 voices. The organ is among the most famous Baroque works of art, which was due to the International Festival of Organ and Chamber Music that has been held annually for over half a century. The cathedral, patio, treasury and organ concerts are available for visitors.

The schedule of masses in the Cathedral: