The City Fortifications
The city fortifications were built at the turn of the 14th and the 15th century. To this day only fragments thereof have been preserved. They are m...
23-05-2015 ·
The former Cistercian Abbey
Home / Discover / Pomorze heritage / Religious monuments / Churches, monasteries, chapels 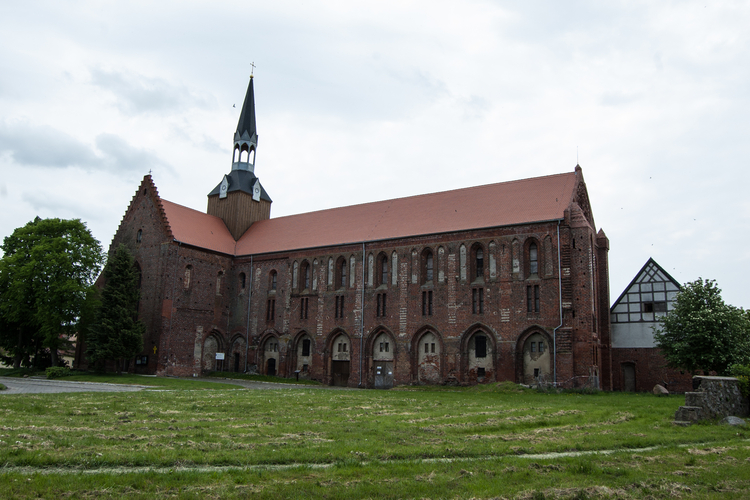 Kołbacz is located approximately 25 km from Szczecin.  In order to get to Kołbacz, drivers need to turn left from the road No. E65 “Szczecin – Pyrzyce” into the road No. 120. Visitors must go from Anny Jagiellonki Street, or from Szarych Mnichów [Grey Monks] Street to reach the target.

The Cistercians were brought to Kołbacz from Denmark at the end of the 12th century by the castellan form Szczecin - Warcisław Świętoborzyc. They specialised in farming and they helped to enhance the development of the village and contributed to creation of many, important facilities in the village. The abbey in Kołbacz, was the first Cistercian abbey in Pomerania.

In Kołbacz, the monks erected the abbey, the church, the farming facilities and later even the fortifications. A big, Roman-Gothic church was built in the centre of the village (between 1210 and 1347). The construction is one of the first buildings made of brick in Western Pomerania, and one of the oldest sacral buildings in Poland. The church was a three-nave basilica. It, together with the remaining buildings of the abbey, formed a huge quadrangle with a big yard. Until now, from the whole complex, only the church and the converses’ house have been preserved.

After the Reformation in 1534, the time of the Cistercians in Kołbacz was over. A summer residence of the dukes of Szczecin was created in the village. Then, the church fell into ruin. In 1662, lightning struck the tower of the temple, and as a result the whole roof burned down. In the 17th century, the facility was renovated – the side naves were dismantled, and the central nave was transformed into a granary. In the middle of the 19th century, the church was renovated again. These days, only the presbytery and the transept are used for sacral purposes, the remaining part of the temple is used as a warehouse.

Also the house of converses has remained on the territory of the Cistercian complex. Converses were monks, whose main task was to perform the hardest physical work. The Converses’ home was made of red brick in the 13th century. It was renovated in the 17th and the 18th centuries. In the 1970’s it was modernised and it started to serve as a Community Centre. Nowadays, it owned by the Agricultural Academy in Cracow, which leases it as a restaurant.

From many farm buildings, which were built by the monks, only the Gothic barn, which used to serve as a sheepfold, has been preserved to date. This brick construction was erected in the 15th century, and in the 18th and the 19th centuries it was rebuilt. The Gothic barn is the only such facility in Pomerania and even in Poland. It is still used, these days as a warehouse.

On the territory of the old abbey, the Abbot’s House can be found, which was renovated in the 1980’s. This 13th-century construction is made of red brick and has Gothic windows and ornamented blinds. On the top of the building we will find a timber-framed upper storey addition which was built in the 17th and the 19th centuries. Currently, the building is occupied by the municipal library, the Internet Café and the post office.

Fortifications were necessary because the wealthy clergymen were often attacked by raiders, who tried to steal their goods, but also because of their conflicts with the Brandenburg and Barmin I.

: The Former Convent Of The Cistercian Nuns

: The Former Convent Of The Cistercian Nuns

: The Former Converses’ Refectory
Search nearby
The former Cistercian Abbey
COMMENTS
Sign in to leave a comment.