The sports hall
The sports hall is situated within the area of the holiday resort. The hall is available to the resort’s guests and to everybody who is willing to...
12-01-2015 ·
The Community Centre of Culture, Sport and Tourism
Home / Enjoy / Arts & culture / Cultural centres 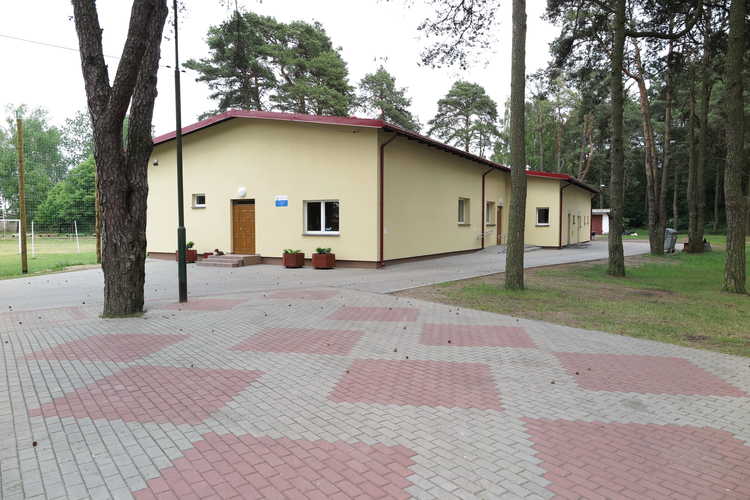 The Community Centre of Culture, Sport and Tourism is located in the building in a small park called the Arkona Forest, approx. 100 m from Parkowa Street.

The Community Centre of Culture, Sport and Tourism is the animator of culture in the commune of Wierzchowo. The main tasks of the centre include, among others, organisation of artistic, entertainment and tourist events, performances, exhibitions, reviews, festivals, cultural cooperation with the partner community from Germany, as well as interaction with teams and sports clubs. The centre also works with non-governmental organisations, including the Association of Local Activity Centre, Blood Donors Club and the Union of Pensioners and the Disabled. The CCCST also takes care of rural club rooms in Wierzchowo, Żabinek, Osiek Drawski, Świerczyna, Sośnica, Otrzep, Wielboki, Nowe Laski. The premises of the Community Centre of Culture, Sports and Tourism in Wierzchowo underwent a major renovation in 2014. The building was renovated both inside and outside. The overhaul has made it possible to the better use of the facility, in which plays, recitals, readings and concerts currently take place. The CCCST organises a lot of outdoor cultural and casual events. The well-known local folk band "Sami Swoi" from Żabinek is under the care of the centre.

More on the topic:
Geolocation
Search nearby
The Community Centre of Culture, Sport and Tourism
COMMENTS
Sign in to leave a comment.