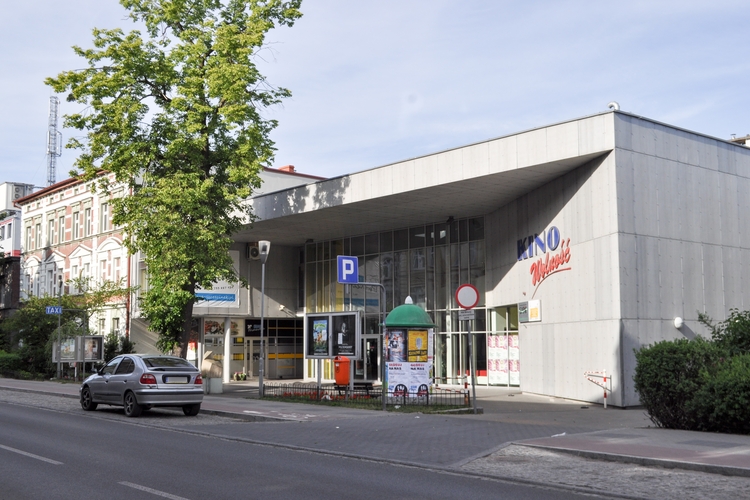 The Local Government Culture Promotion Agency is located in the building of the Wolność Cinema at 65 Wyszyńskiego Street.

The Local Government Culture Promotion Agency (LGCPA) is a cultural institution that is not like other promotion departments and community centres. It works on three levels: culture - by organising massive and intimate events, promotion - promoting tourism and economy the Town and District of Szczecinek, and business - providing services for companies.

Specialists in Public Relations from the Department of Promotion of LGCPA are also responsible for the implementation of corporate image campaigns:
- diagnostics and monitoring of the current situation of the company;
- creation and building brand awareness;
- promotion of the brand in the region and across the country using professional promotional tools (among other things -  advertising materials in newspapers and on television, posters, gadgets and garments) and unconventional, creative promotion measures tailored to the needs of the client (e.g. shaping the image in the media);
- coordination and control of the enterprise brand development;
- management and rapid response in crisis situations.

LGCPA acts as a cultural activities maker, providing children and young people from all over the Szczecinek district with access to extra-curricular activities in sections, clubs and thematic workshops.

As a part of the broader cultural animation, LGCPA organises, among other things, a number of open-air concerts that are attended by a few to several thousand spectators. Among them are not only the residents of our town and district, but also many visitors from other West Pomeranian cities and neighbouring provinces.

LGCPA also manages the ZAMEK Conference Centre located in a picturesque Castle of the Pomeranian Dukes by Lake Trzesiecko. The Conference Centre can organise a conference for 150 people, eat in the atmospheric restaurant, spend the night in themed guest rooms (bearing the names of: the White Lady's Room, the Women Herbalists' Room, the Knight's Suite East Room, the Fowler's Room) as well as dine in the basement Piano Bar or see an exhibition of contemporary art in the gallery. The ZAMEK Conference Centre is a mixture of tradition and modernity. Welcome to the website  www.zamek.szczecinek.pl

If anyone is interested in private events (courses, training, events, recreational events), LGCPA also offers the opportunity to rent:

- the cinema hall of the Wolność - 300 seats, a theatre stage; we have professional sound and light equipment;
- audiovisual room - 60 seats, equipped with multimedia projector, sound system; it also has access to cable television and wireless Internet access;
- the boardroom - 20 seats, equipped with a conference table, ideal for workshops and lectures for small groups of students;
- the banquet hall (in the building at 1 Kilińskiego Street) - 80 seats, a hall suitable for wedding receptions and all kinds of events, it has catering facilities.

More info: www.sapik.pl
More on the topic:
Geolocation
Search nearby
The Local Government Culture Promotion Agency
COMMENTS
Sign in to leave a comment.