The ski slope
The training ski slope in Jarosławiec is the only such an attraction by the Baltic. Thanks to a training simulator, you can experience the pleasure...
26-04-2015 ·
Brama Wałowa [The Rampart Gate]–
Stargard Szczeciński
Home / Enjoy / Arts & culture / Galleries 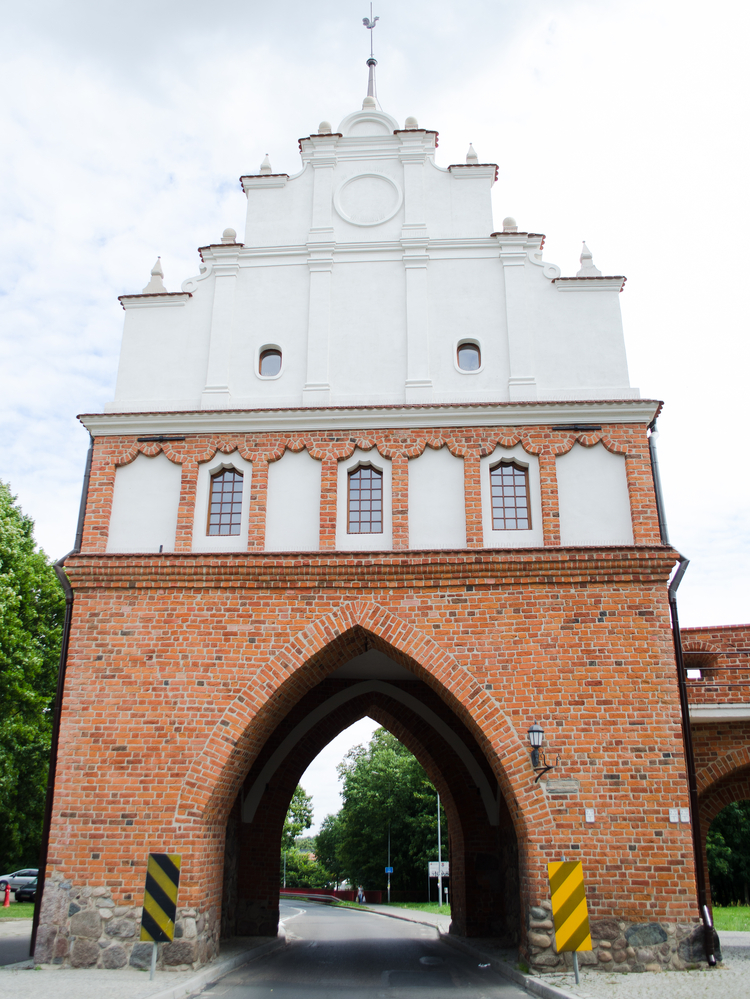 The Wałowa Gate [The Rampart Gate] serves as a passageway to the Old Town from the northern-east side (from Nowogard, Maszew, Szczecinek and Gdańsk). From to the Old Town, the visitors can get to the gate through Chrobrego Street, and from the opposite direction through Gdańska Street, M. Skłodowskiej-Curie Street or Światopełka Street. On Chrobrego Street there is a bus stop.

Construction works of the Wałowa Gate lasted since the 15th till the 17th century. It shows features characteristic both for the Gothic and the Renaissance style. In front of the gate there was a big gate house which consisted of a front gate, middle gate and a barbican, which were later dismantled. The gate is built on a plan of a 10 x 11-m rectangle. The gate’s passageway has a form of a pointed arch. The masonry construction is ornamented with blind windows and covered with a pitched roof with the 17th-century inscription. The gables are ornamented with semicircular blind windows and cornices. The Gate is over 19 meters high. It was severely damaged during the World War II, and later in the 1960’ s it was rebuilt. In 2014, the UE funds helped to co-finance its renovation. The tower has now been adjusted to the visitors’ and the user’s needs.

Currently, the gate is used as the office of Stowarzyszenie Miłośników Sztuk Plastycznych "Brama" [“Gate” – the Society of Art Lovers in Stargard], which consolidates artists from Stargard, it gathers art lovers and promotes art among the town citizens. In the Wałowa Gate, visitors can admire works of the Society’s members, but also some guest exhibitions of paintings and photography. They can also take part in art workshops. Once a month there are openings of new exhibitions. Classes for kids and teenagers are organised every Tuesday and Wednesday between 16.00 and 19.00, and classes for adults take place every Thursday between 17.00 and 20.00 – during that time, the Wałowa Gate is open for visitors. On the remaining days, it is possible to do some sightseeing in the gate, but only after the previous appointment with Lyudmila Sabadini, the president of Stowarzyszenie “Brama” [“Gate” Society of Art Lovers in Stargard].

The Gate stands over Chrobrego Street (one of its lanes runs through the gate), unfortunately, nearby there is no car park for passenger cars. It is possible to park your car only on one of these neighbouring streets, e.g.: Kasztelańska Street or Szewska Street.

More on the topic:
Geolocation
Search nearby
Brama Wałowa [The Rampart Gate]–
COMMENTS
Sign in to leave a comment.