STEPNICA The marina on Młyński Canal
This charming and quiet place is sheltered from the winds. It is a safe, friendly and green port, and most importantly, free of charge. The canal i...
29-04-2015 ·
The Old Town Hall, the one next to Muzeum Historii Szczecina
Szczecin
Home / Enjoy / Arts & culture / Museums 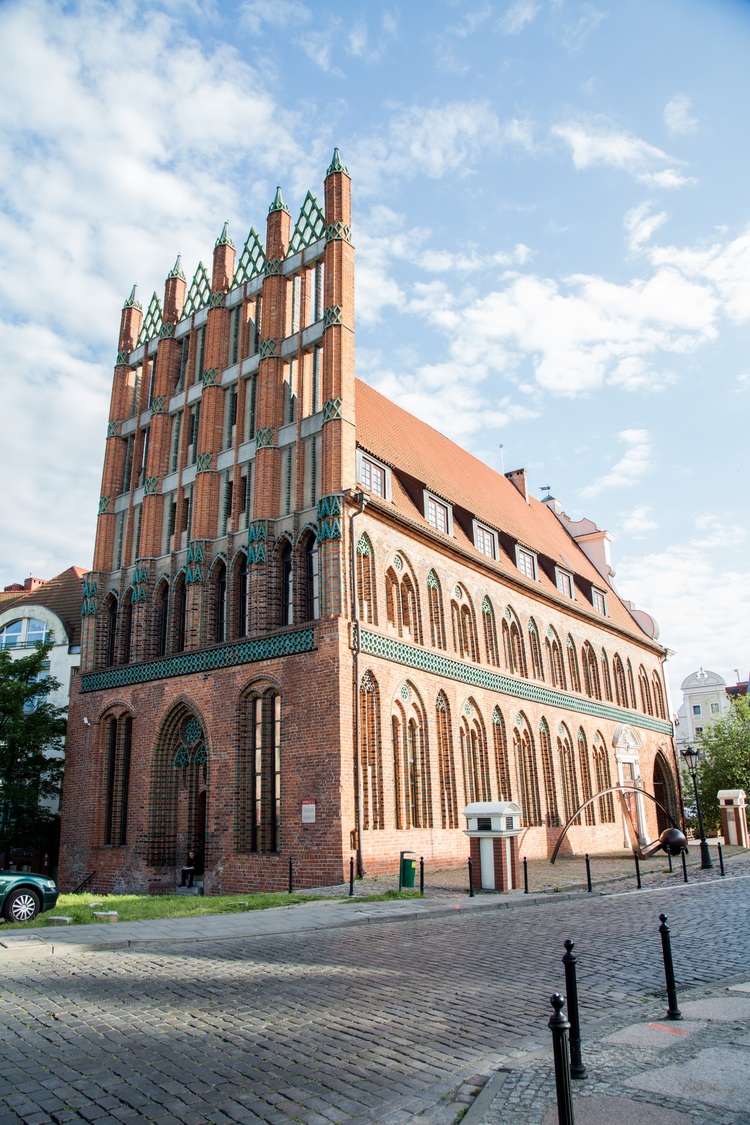 To get to the Old Town Hall, You should choose either tram or bus lines which will transport you to the Wyszyńskiego stop. Then, turn into Księcia Mściwoja II Street.

The Old Town Hall in Szczecin was built at Sienny market square in the fifteenth century by the town authorities to replace the wooden building of the thirteenth century that used to be there. In the sixteenth century, the building was the site of the Peace Congress which ended the war between Denmark and Sweden. What is more, it had rich Gothic decor, window profiles were made of glazed brick, and the ends of blinds were decorated with rich traceries.

After the Brandenburg invasions of Szczecin, the building was destroyed and then rebuilt in the Baroque style. The town hall was plastered, a main entrance was formed on the west side, with a baroque portal with pilasters, and a tympanum with the head of a griffin. The interior was divided anew, and small offices were created there.

The building served the function of a town hall until 1879 when the so-called Czerwony Ratusz [Red Town Hall] was erected, and also from the end of the 1930s. to its destruction during World War II. In the nineteenth century, when the City Council moved to the vicinity of Tobruckiego Square, the building of the old town hall was earmarked for offices and warehouses, and flats were created on the upper storeys.

After the war, the reconstruction of the town hall had to wait several decades, works were undertaken in the years 1972-1975. Gothic decoration of exterior walls was, among other things, renovated during the works. The Baroque style (one side) was also partially preserved. The renovation was carried out at the request of the National Museum, a branch of which is still in the town hall.

On 8 Mściwoja II Street, we can find Muzeum Historii Szczecina [the Szczecin's History Museum]. The exhibitions which are located in the building concern the history and culture of the city. in the museum there are exhibits that show the history of Szczecin from the earliest times, through the times of princes, Prussians, Swedes, Germans; until a Polish, post-war period to the end of the twentieth century.

In the Gothic vaults of the monument, a restaurant can be found. Ratusz Staromiejski [the Old Town Hall] is en route of the international tourist route - the so-called European Brick Gothic Route, and was put on the provincial list of monuments in June 1954.

An exhibition for the disabled is available on the ground floor. The building has no elevator, so a step in front of the entrance to the exhibition hall can be a problem. The toilet on the first floor is also not adapted.

: The Red Town Hall
Search nearby
The Old Town Hall, the one next to Muzeum Historii Szczecina
COMMENTS
Sign in to leave a comment.