The ski slope
The training ski slope in Jarosławiec is the only such an attraction by the Baltic. Thanks to a training simulator, you can experience the pleasure...
26-04-2015 ·
The Wolin National Park
Home / Enjoy / Arts & culture / Museums 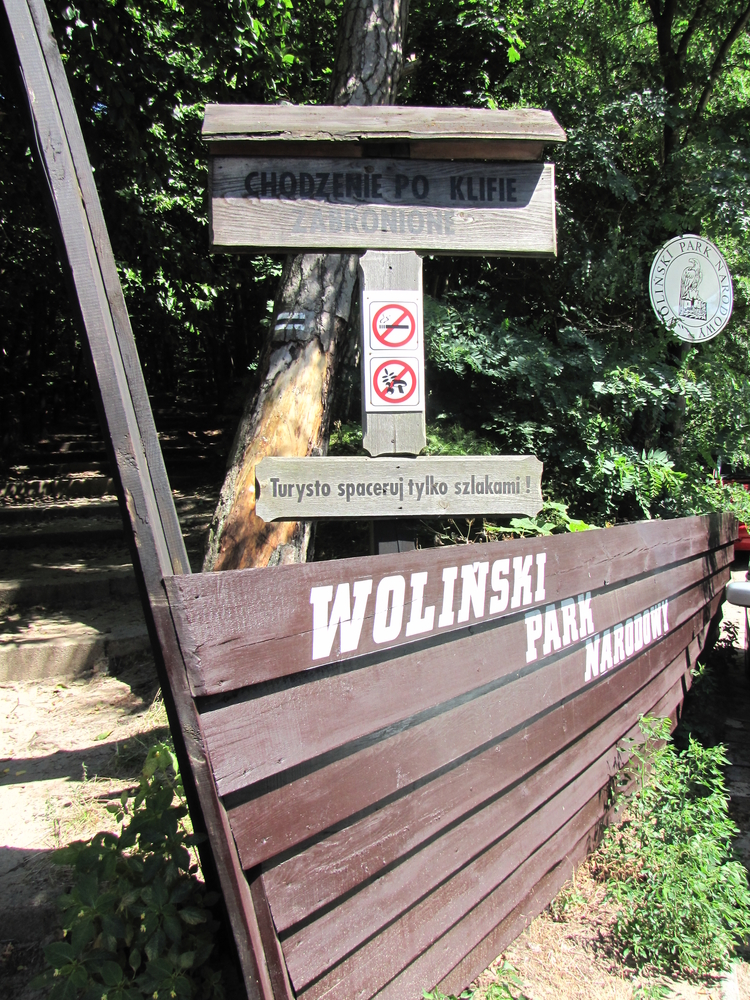 The Wolin National Park is located in the north-western part of the West Pomerania Province. It is situated within the area of the town of Świnoujście and the commune of Międzyzdroje in the district of Kamień Pomorski. The Park includes the north-western part of the Wolin Island, the delta of the Świna River with numerous isles, a fragment of the Kamień Lagoon, and a coastal belt of the Baltic Sea waters of the width of nautical mile. The Park is cut across by regional road no 120 between Międzyzdroje and Dziwnów, and hiking trails (the Szlak Nadmorski trail, the Szlak nad Bałtykiem i Zalewem Szczecińskim trail, the Szlak Leśny przez Pojezierze Warnowsko-Kołczewskie trail, the Szlak na Kawczą Górę trail), as well as some didactic paths and biking trails.

The Wolin National Park was established by the decision of the Council of Ministers on March 3rd, 1960. It was set up thanks to efforts of a forester Mieczysław Tarchalski. He designed the guidelines of establishing the Park, prepared necessary documentation and a draft of the regulation. Originally, the Park covered the area of 4,691 ha. In 1996, it was expanded by an area of a nautical mile of the Baltic coastal waters, the delta of the Świna River along with an archipelago of islands, and a part of the waters of the Kamień Lagoon. In this way, the Wolin National Park became the first Polish marine Park. Currently, the entire area of the Park amounts to 10,937 ha.

The land part of the Park was shaped during the last glaciation period over 10,000 years ago. It is not, however, a static landscape. There are still some forces changing the appearance of the Park, which consists of three types of landscape. The first type is a strip of frontal moraine hills along the Baltic shores. The cliffs stretch the length of 15 km, and the highest culmination amounts to 93 m. They are subject to constant abrasion – washing away by sea waves. In addition, they are exposed to wind and waters flowing down their slopes. This results in receding of the shoreline into the land even by 1 metre per year. The moraine hills located away from the shore constitute the major part of the Park’s area. The highest peak is Grzywacz (115 m above sea level). The second type of landscape is the delta of the Świna River. An archipelago of islands and islets is divided with numerous straits. Each year, the arrangement of the bottom changes; new islets and shallows appear. The last type of landscape is a lakeland with eskers and kames in the vicinity of Warnowo. There are lakes Warnowo Zachodnie, Warnowo Wschodnie, Czajcze, Domysłowskie, Zatorek, and Wisełka located in this part of the Park.

42.5% of the area of the Wolin National Park is covered by forests. The forest stand is dominated by pines, beeches, and oaks. Trees are mostly old, because on average the forest is 130 years old. Stand characteristic of this area are Pomeranian beech forests and a seaside crowberry forest. Many valuable parts of the Park are protected; for example, grassy Pomeranian beech forests with wood melick, or an orchid beech forest. Small areas with the complexes of vegetation of sand dunes, salt marshes, and xerothermic bushes, as well as water, rush, and peat bog plants can also be found in the Park.

The area of the Park is very interesting for ornithologists. It is situated on a bird migration route between the areas of North-East Europe and Asia and the areas of Western and Southern Europe. Oystercatchers, ruffs, various species of stints, grebes, or loons can be found there. The examples of bird species spending winter in the Park are long-tailed ducks, red-breasted mergansers, common eiders, and goldeneyes. The Park is also a feeding area of the largest Polish bird of prey – white-tailed sea eagle (the second symbol of the Wolin National Park). Its population living on the Szczecin Lagoon is the largest in Poland. Also, the world of insects is abundant in the Park. The largest Polish beetle – stag beetle – and hermit beetle connected with dying oak trees. The waters of the Bay of Pomerania are inhabited by salmons and bulltrouts, as well as by grey seals and porpoises.

The Wolin National Park offers many interesting attractions for its visitors. About 1.5 km from the centre of Międzyzdroje, there is a Wisent Demonstration Enclosure; wild boars, deer, and white-tailed sea eagles, cured and reared by humans, also live there. The Natural Science Museum is worth visiting; tourists can learn more about the Wolin National Park in the museum. A network of hiking and biking tourist trails enables tourists to get to know local landscapes. The beauty spots on the Kawcza Mountain, Gosań, the Piaskowa Mountain, and the Zielonka Hill will certainly be helpful. Canoeists can use marked trails in the Świna Straits and the Szczecin Lagoon. Sailors have the waters of the Szczecin Lagoon and the Baltic Sea at their disposal.