The sports hall
The sports hall is situated within the area of the holiday resort. The hall is available to the resort’s guests and to everybody who is willing to...
12-01-2015 ·
Replicas of ancient war machines
Home / Enjoy / Arts & culture / Museums 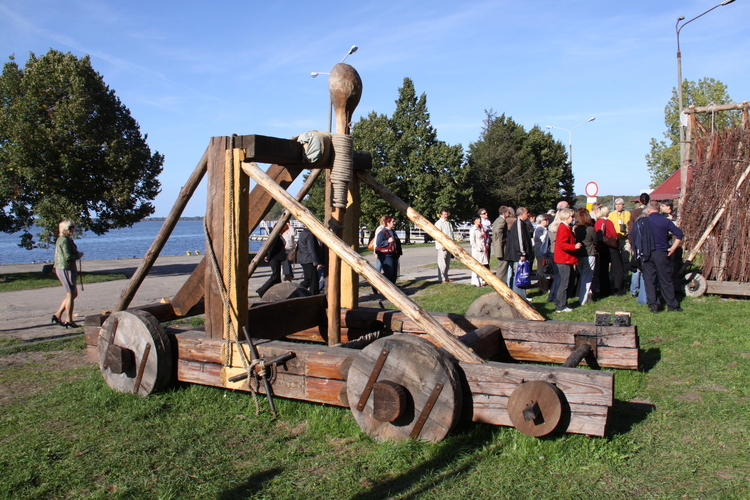 Replicas of ancient war machines located in Kamień Pomorski near the Kamień Bay (Zachodniopomorskie Province) by the fortifications at Wilków Morskich Street.

Replicas of ancient war machines were made by the Brotherhood of the Western Slavs “Guards of Nawia” in cooperation with Jomsborg-Vineta-Wolin Centre of Slavs and Vikings. The machines which can be admired there include: a ram - considered one of the oldest siege devices, an onager - invented by the Greeks in 385 BC and a bricoli - the oldest hurling machine. There is a board with a description in three languages: Polish, German and English at each replica. Nearby there is a parking place.

More on the topic:
Geolocation
Search nearby
Replicas of ancient war machines
COMMENTS
Sign in to leave a comment.