Water tower
The water tower was constructed in 1935 within area of a water intake. The water was drawn with the use of a deep-well pump. The tower was used to...
22-04-2015 ·
Piracka Przygoda [the Pirate Adventure] - Reduta Solna [the Salt Redoubt]
Kołobrzeg
Home / Enjoy / For Children 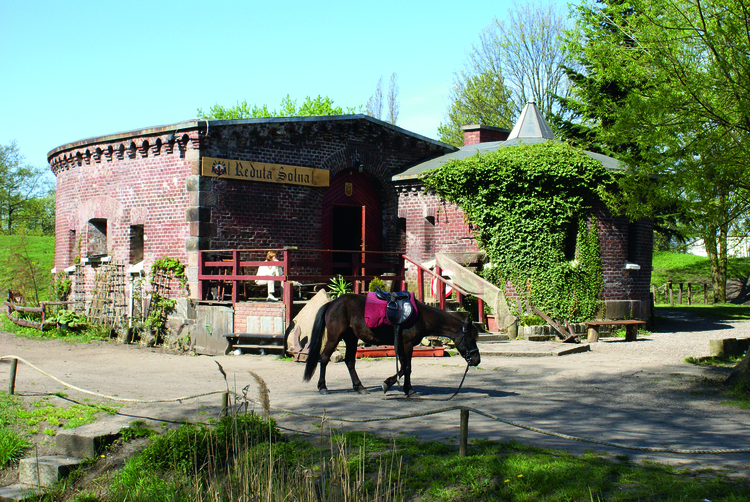 The Tadeusz Waśko “Piracka Przygoda” Educational Company has its seat near the fishing harbour in Kołobrzeg, in the 19th-century fort called Reduta Solna [the Salt Redoubt]. The fort is located on Szyprów Street, at the junction of Solna and Bałtycka Streets.

“Piracka Przygoda” [the Pirate Adventure] consists of educational and recreational programmes created in the original scenery of the 19th century Napoleonic fort. They refer to the tradition of large sailing ships and a romantic image of pirates from the period between the 17th and the 19th century. Visitors can see a banner with a skull, fights on a boom, dancing with a balloon, and other attributes and customs of pirates.

In the old fort, visitors can participate in military training activities, such as drill, crawling, or shooting. Also, there are workshops organized – they give the opportunity to familiarize oneself with sea customs prevailing on deck over the centuries.