Water tower
The water tower was constructed in 1935 within area of a water intake. The water was drawn with the use of a deep-well pump. The tower was used to...
22-04-2015 ·
The Szczecin Sports Centre
Szczecin
Home / Enjoy / Water sports and recreation / Swimming pools and aquaparks 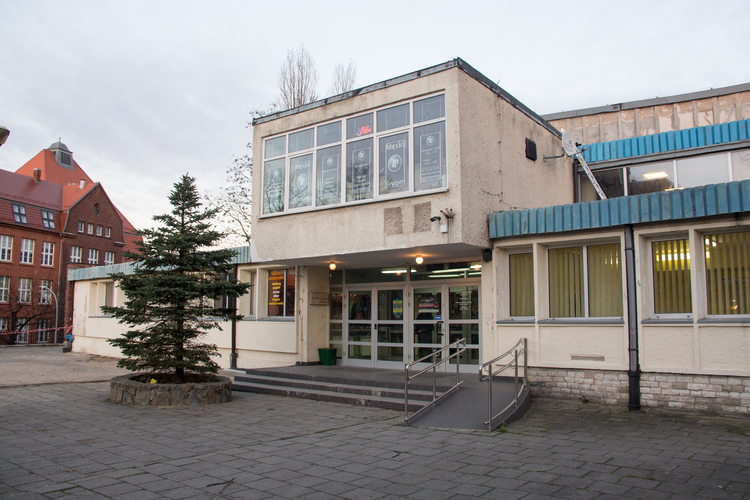 The buildings belonging to the Szczecin Sports Centre are located in the quarter between Wąska, Unisławy, Felczaka and Niedziałkowskiego Streets, next to the City Council, near the city centre. It can be reached from the railway station using public transportation – tram no 3 as well as no 2 and 12 (the Odzieżowa stop). Going by car from the city centre, one should drive along Wyzwolenia Alley towards Niebuszewo, and then turn into Felczaka Street.

The Szczecin Sports Centre is a complex of buildings consisting of the 50-metre-long Floating Arena swimming pool, a 25-metre-long swimming pool, a small 10-metre-long swimming pool, a rowing pool, a sports hall with dimensions of 20 x 30 metres, and a boxing hall. The construction of the complex, initially called Wojewódzki Dom Sportu [the Province Sports Centre] (in short – WDS) was started in 1959. It was one of the largest sports investments in the post-war Szczecin. In 1976, an outdoor swimming pool was opened. It does not exist at present; the Floating Arena was built in its place. In 1970, the WDS was awarded the title of Mister Budownictwa XXV-lecia Szczecina [the Mister of Construction Industry of the 25th anniversary of Szczecin]. Currently, the complex is used seven days a week; it is estimated that daily the complex is visited by more than 1000 people. The Szczecin Sports Centre is used by the following sports club: KS "Morze Bałtyk", BKS "SZTORM" and the Municipal Swimming Club.

More info: http://mosrir.szczecin.pl/
More on the topic:
Weather
Geolocation
Search nearby
The Szczecin Sports Centre
COMMENTS
Sign in to leave a comment.