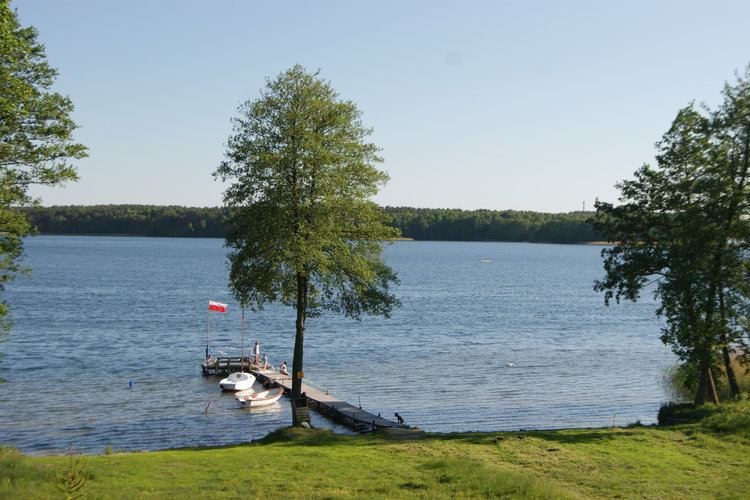 Pile Lake is one of the main lakes of the Drawsko Lake District. It is situated mainly near two towns: Borne Sulinowo and Piława. Driving the road from Szczecinek to Czaplinek and turning towards Borne Sulinowo or in Silnowa towards Piława is the easiest way to get there.

Pile Lake is a very deep ribbon lake with an interesting coast line and numerous bays and promontories. In some places the shores are very high and covered with forests. On the lake there is a so called flooded forest, near one of two islands at the depth of 16 m. If you go diving, you can see the trunks and thick branches. It occurred as a result of an explosion of some explosives left by the Soviet army. After the explosion a part of the island slid, which resulted in some trees being flooded. Piława River goes through the lake. On the river there is a kayak trail. The main species of fish include: European whitefish, pike, perch, eel, roach, bream and tench.

Around the lake there are numerous agritourist farms, rental offices and bathing areas.