The ski slope
The training ski slope in Jarosławiec is the only such an attraction by the Baltic. Thanks to a training simulator, you can experience the pleasure...
26-04-2015 ·
Ińsko Landscape Park
Home / Discover / Nature / Landscape parks 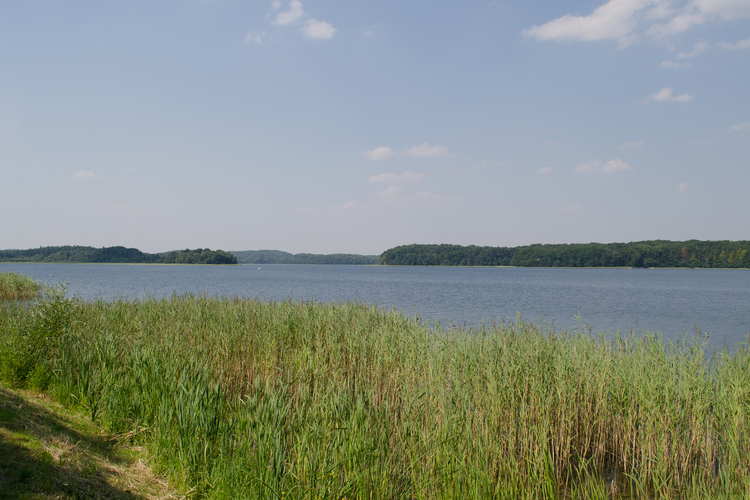 Ińsko Landscape Park was established in 1981 and covers an area of ​​17763 hectares, and its buffer zone is additional 26240 hectares.

The aim of establishing this park was to preserve the intact form of post-glacial landscape along with the whole range of natural values of this area.

Water accounts for more than 8.5% of the total area of ​​the park, which shows the water specificity of the area. The total number of lakes within the borders of the park is as big as 63, 18 of which are characterised by a surface area of ​​more than 5 hectares. The largest lake is Lake Ińsko with characteristic uneven coastline, and is deep up to 42 m. In addition, its water is incredibly clean and crystal clear, through which you can see clearly the stony bottom. Other lakes are: Krzemień and Stubnica. It is important for the whole water system in the area that the main river of the region, the Ina, flows through these 3 lakes. Most of the lakes of the lake district are flow-through ones due to the Ina itself and the Rega.

The park is very diverse, there are numerous hills or lower elevations, mostly surrounding the lakes, which create beautiful tunnel and ordinary valleys. The biggest mountain in the park is Głowacz with a height of 180 m above sea level. The landscape resembles the mountain one to some degree, hence the increasingly popular name for the park is the Bieszczady Ińskie Mountains.

More than 50% of the area is covered by forests, mainly sour and Pomeranian beechwood. A large part of the area is occupied by the so-called wilderness, i.e. the areas with no woods, characterised by low vegetation. Throughout the park, You can find over 700 species of vascular plants (a third of all Polish species). There are a lot of strictly protected species there, i.e.: daphne, common polypody, common columbine, common sundew, orchids and many others.

Ińsko Landscape Park is not only beautiful lakes and rare plants, it is also a rich world of fauna. Fish are of the greatest importance because of the water environment of this area. The most common are the lavaret and the vendace. Mammals, amphibians and reptiles, a lot of which are under strict protection, also feel good in such conditions. The forested parts of the park are dominated by birds, which build nests in the limbs of the crowns. It is estimated that there are approx. 142 species in the area.

There are 5 nature reserves in the park: 'Kamienna Buczyna', 'Wyspa Sołtyski', 'Głowacz', 'Krzemieńskie Źródliska', 'Bórbagno Miałka'. Each of these reserves has its own individual protection and development plan, and the education and recreation paths are marked out. Furthermore, within the park there are the so-called ecological grounds and 'Ostrowiec', a nature and landscape complex.

The area of Ińsko Landscape Park is open to tourists, with the exception of the part where admission is limited or absolutely forbidden, like in the reserves.

In the area of Ińsko Landscape Park there are several hiking trails and paths of different difficulty, distance and form of travelling. The most popular hiking trails are:

The Black Hiking Trail - The Trail to Głowacz

Furthermore, You can go on trips by bike or by horse along the paths marked out for that purpose.

More on the topic:
Geolocation
Search nearby
Ińsko Landscape Park
COMMENTS
Sign in to leave a comment.