The Town Hall
The Town Hall in Wałcz is located in the historical town centre in the western side of the market square. The oldest part of Wałcz has a preserved...
26-04-2015 ·
The "Olbrzym" ['The Giant'] - a London plane
Chojna
Home / Discover / Nature / Natural monuments 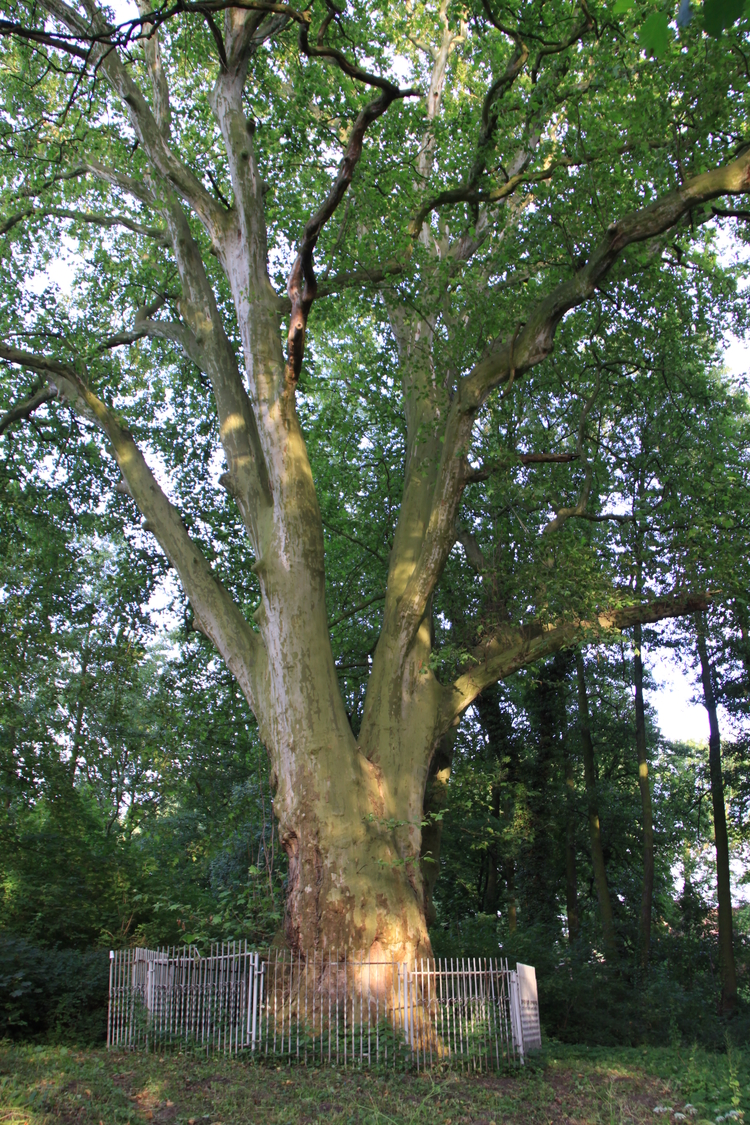 The 'Olbrzym,' a London plane that is a monument of nature, is in Chojno in the district of Gryfino. It grows in the park by the Rurzyca River. It is easy to reach from the town centre: just follow the set of signs. You should look for the intersection of Bałtycka, Wojska Polskiego and Marii Skłodowskiej-Curie Streets on a town plan.

The 'Olbrzym' is the most impressive and the oldest London plane in Poland. It is estimated to be approx. 300 years of age. Its trunk's girth is as much as 1078 cm (measured at 1.3 m above the ground). This tree has also an impressive height - 33 metres. Its trunk resembles a giant foot of a mammoth. At 1.6 m, separates into three large limbs. Unfortunately, the trunk was scorched once, and there is a deep hole inside.

The 'Olbrzym' grows in the vicinity of a well-head and the Rurzyca River. These are the ideal conditions for its growth and development; which, as you can see, it still used. Years ago, the tree was surrounded by a park clearing, which allowed for the plane to be admired in all its glory. Today, the 'Olbrzym' can be still admired in the park, although more trees grow there now. It is surrounded by a fence; and in November 2011, it underwent maintenance and protective works.

More on the topic:
Geolocation
Search nearby
The "Olbrzym" ['The Giant'] - a London plane
COMMENTS
Sign in to leave a comment.