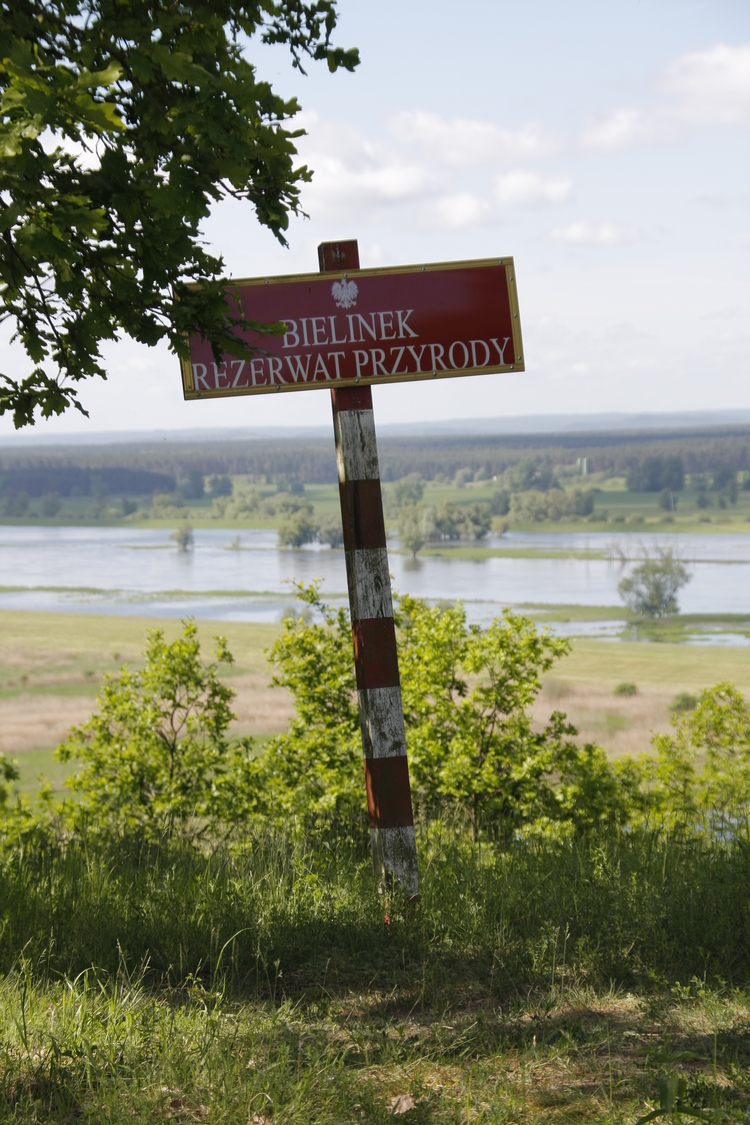 Bielinek Nature Reserve is situated south from road no. 125 between Bielinek and Lubiechów Dolny, 6 km north-west from Cedynia. It covers wooded slopes of the right bank of the Oder valley at the foot of which Cedynia Polder is situated. The reserve is located within Cedynia Landscape Park.

Bielinek Reserve is one of the oldest reserves in Poland. By order of the Minister of Agriculture, Estates and Forests in 1927 the area was covered by temporary protection and in the same year it became a protected area Naturschutzgebiet Bellinchen a. d. Oder (Protected Area "Bielinek on the Oder"). After the 2nd World War the area was included within the borders of our country and Polish authorities also made the decision to protect it. By order of the Minister of Forestry and Wood Industry from 1957 a floral reserve was established.

Protection covers the forest-steppe landscape with a surface area of 75.55 ha. There are thermophilic plants and trees, including downy oak. It occurs beyond its normal habitat which finishes at the foot of the Italian Alps. It is its unique location in Poland. The oldest trees are approx. 300 years old. Heavily coated leaves of the oak do not constitute the only attraction of the reserve. There are approx. 520 species of vascular plants, including species entered into the Polish Red Book of Plants, including anthericum liliago, stipa pulcherrima and giant puffball. On the southern slopes of the Oder Valley there are xerothermic grasslands with steppe species, such as exceptionally valuable feather grass.

At the beginning of the 10th century in the reserve there was the house of its owner – von Keudell. He has his own small botanical garden. During the war the house was destroyed, but the species spread in the reserve. It led to the distinction of some valuable species, including dorycninum herbaceum, inula germanica and stachys germanica. Furthermore, the war left permanent traces in the form of trenches, dugouts and unexploded ordnance.

Two kilometres behind Lubiechów Dolny, going towards Bielinek, at the entrance to Markociński Gorge there is the start of the nature trail, leading along the edge of the Oder embankment. The trail goes through the areas where the largest concentration of downy oak occurs. Sometimes between the trees it is possible to see the panorama of the Oder Valley and extensive Cedynia Polders. Above Storczykowy Gorge there is a viewpoint with a roofed platform. Nearby there is a parking place next to road no. 125.

More on the topic:
Geolocation
Search nearby
Bielinek Nature Reserve
COMMENTS
Sign in to leave a comment.