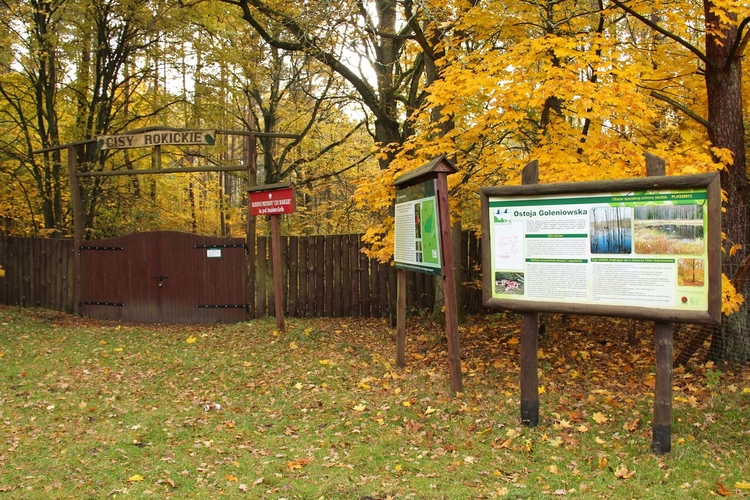 You can reach the reserve by following national road no. 3. Around 3 km north of the village of Babigoszcz, you have to turn right towards the Rokita settlement. After another 6.5 km you will reach the nature reserve situated on the left side of the road.

The prof. Stanisław Król ‘Cisy Rokickie’ [Rokita Yews] nature reserve was founded in 1988 to protect yew trees. The protection applies to both naturally growing plants and the saplings in the forest plant nursery.

Common yew is a relatively small, slow-growing and long-lived, coniferous tree – its origin goes back to the Early Jurassic. Therefore, the species is more than 190 mln years old. A characteristic feature of the common yew is the lack of cones, and the red ‘fruit’ which is, in fact, a seed. The yew grows mainly in the oceanic climate. Unfortunately in Poland its impact is very low. Another factor which contributed to the decline in population of yew (both in Poland and in Europe) is its high exploitation in the past (even as early as in the Ancient times), as it was an excellent material for the production of bows, furniture and other things. The programme of yew protection and reintroduction has been held since 2002. Since then, around 33,000 saplings have been produced. Moreover, in 2001-2005 a programme entitled ‘Reintroduction of common yew in the Goleniów Forest’ was realized, and in 2004 the Rokita Forest District was awarded a distinction by Global Environment Facility for the project entitled ‘Increasing biodiversity in the Rokita Forest District by protecting natural growth of yew and  preparing model forest refuges’. Currently there are around 14,000 yew trees growing in the reserve. Most of them are 60-70 years old, but there are also trees which are more than 100 years old.

The reserve is a floristic one and normally it is closed to visitors. The area of the reserve is surrounded by a fence. You can visit the reserve upon prior contact with the Rokita Forest District.