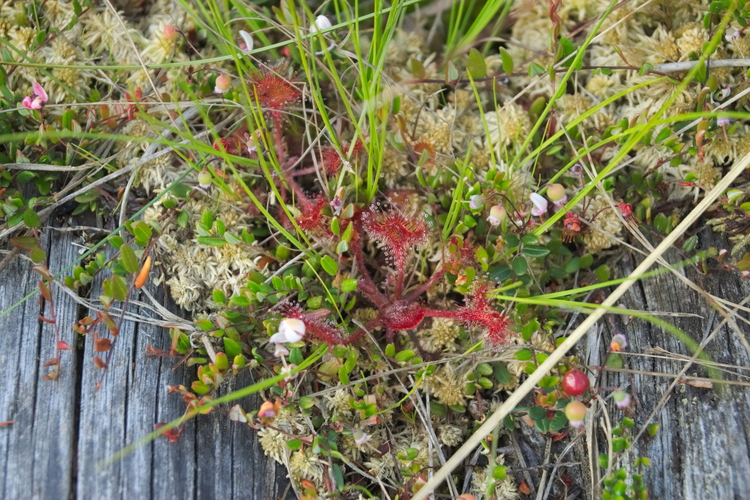 "Sieciemińskie Rosiczki" Reserve is situated in the eastern part of the Zachodniopomorskie Province, in the Sławno County and the Malechowo municipality. You can get there by an unpaved road. There is a parking place next to the information board and some benches. It is easy to get there, as the place is well-signed. It is easiest to get to the reserve from Przytok on the way to Sianów-Ratajki-Polanów. Just behind Przytok there is a sign on the left. The road goes up to the entrance to the reserve.

"Sieciemińskie Rosiczki" Reserve was created in order to protect transitional bogs with characteristic rare and protected species of plants. There are four species of insectivorous plants: drosera rotundifolia, drosera anglica, drosera and drosera intermedia. It is their presence that attracts tourists interested in nature. Drosera is a small plant, therefore you need to keen eye to find it, walking on a designated walkway in the reserve. However there are many perfectly visible specimens of drosera around the walkway. These plants compensate the lack of nutrients in the ground by eating insects. Tourists can safely walk on the walkway, moving around a transitional bog. You can see other species of protected plants, such as carex limosa, rhododendron tomentosum (previously used as an anti-moth agent), scheuchzeria palustris, nymphaea candida, as well as utricularia minor and utricularia australis. It is worth having a plant atlas with you. The reserve is often visited by tourists. There is a small lookout point. The path in the reserve is very well-signed, therefore a tourist thirsty for knowledge can find information on the didactic boards.

More on the topic:
Geolocation
Search nearby
Sieciemińskie Rosiczki Reserve
COMMENTS
Sign in to leave a comment.