The parish church of the Blessed Virgin Mary Queen of the World
The church was erected in several stages from the end of the thirteenth century to the fifteenth century. It was rebuilt several times at that time...
07-04-2015 ·
The Underground City on Wolin Island
Świnoujście
Home / Discover / Pomorze heritage / Fortifications and military structures / Fortifications 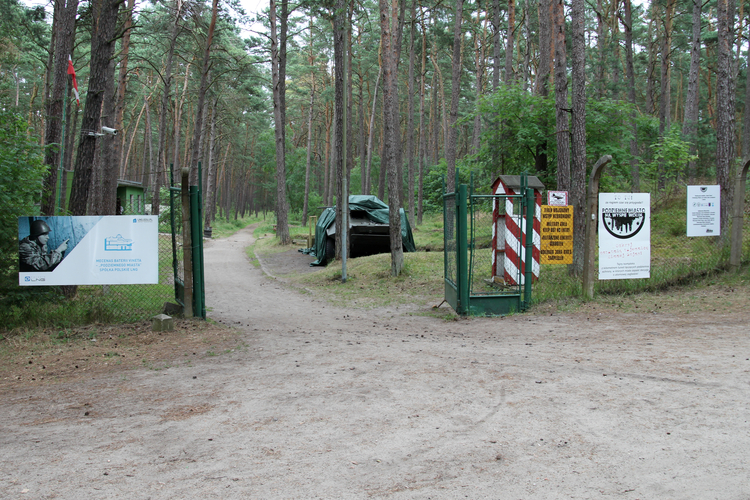 Podziemne Miasto [the Underground City] on Wolin Island is situated in Świnoujście, in Przytór quarter. The place lies between Świnoujście-Przytór train station and the beach, by the R-10 bike trail. It is situated 500 m from S3 road, 4 km from Gerhard’s Fort and the lighthouse. You can reach it by using local transport services from the bus stop by PKP train station by bus no. 7 or 10. The signposts marked ‘Podziemne Miasto na Wyspie Wolin’ [the Underground City on Wolin Island] will help you reach the place.

The Underground City was a secret military facility whose existence was revealed to highest ranking officers of the Polish People’s Republic only. It is a network of underground corridors whose length is almost one kilometre, dozens of rooms and a few bunkers hidden underneath dunes. The construction of the complex began in the 1930s. The facility was the third largest coastal defence battery. Until recently, the area was managed by the military and entry was forbidden.

The visit at the complex is an interactive one. The tourists are grouped into platoons and explore the area under the watchful eye of a commander. The visit is like a journey in time. One of the attractions, apart from the long corridor connecting the bunkers, is a fully equipped machinery bunker. Some of the machines are still in order.

The complex constitutes evidence of history, something everyone should see. History enthusiasts will be amazed by the things they will see under the ground.

The trip around the complex takes around 90 minutes. You can access the area only with a guide. The number of visitors inside the complex at one time is limited. The temperature under the ground is below 10 degrees Celsius.

: The Lighthouse
Search nearby
The Underground City on Wolin Island
COMMENTS
Sign in to leave a comment.