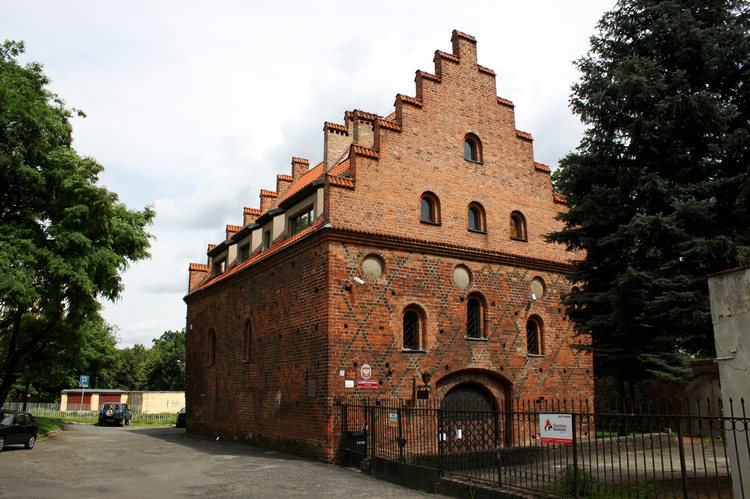 The Arsenal is a unique building, the only such building preserved in Pomerania. It was erected at the turn of the 14th and 15th centuries, on a 12,32 x 16,52-m rectangle plan. This two-storey, masonry building is covered with a pitched roof. Its walls are decorated with rhombus stripes– an interesting pattern from ceramic bricks. There are also small widows, which had been laid out in an irregular way, and on the second floor there are six semi-spherical windows.

The arsenal also referred to as armoury, was used for storing battle equipment, for manufacturing and fixing weapons, and for storing the lightweight and heavyweight fighting equipment.

The building had been rebuilt and modernised many times. It had also played different functions, for example in the 19th century, it served as a prison. These days,  a division of the State Archive is located here.

Because of its present function, the building can be visited only after a prior appointment with the archive’s employees.

More info: www.szczecin.ap.gov.pl/pl/Stargard_Szczecinski
More on the topic:
Geolocation
Search nearby
Arsenał [The Arsenal]
COMMENTS
Sign in to leave a comment.