SZCZECIN AZS Yacht Club
This is one of the few clubs in the harbour area and it has been in operation for almost seventy years. If you can sense the atmosphere of the old...
25-03-2015 ·
The Heritage Park - Grupa Warowna Cegielnia [The Fortified Complex - 'The Brickyard']
Home / Discover / Pomorze heritage / Fortifications and military structures / Fortifications 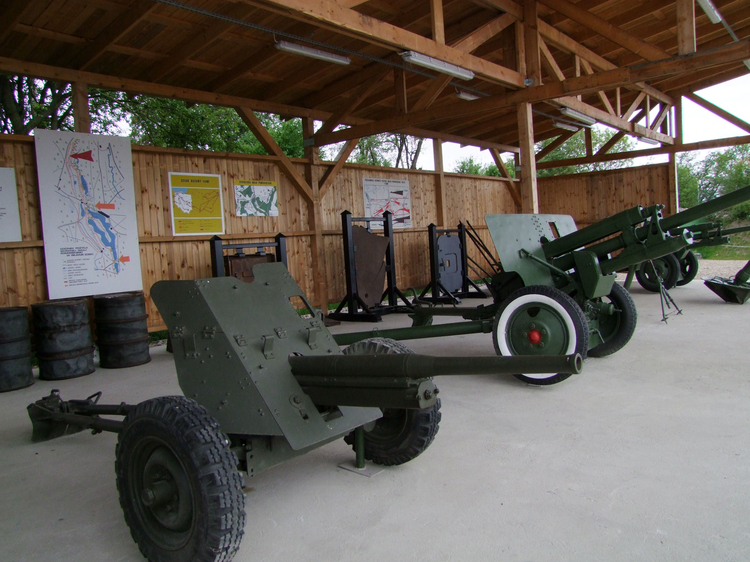 The Fortified Complex Cegielnia has been located on the outskirts of Wałcz, east of Lake Zamkowe, between the extension of Bydgoska Street and Południowa Street. You can get there by Południowa Street. There is a car park not far away from the park.

The Fortified Complex Cegielnia, which is a part of the fortifications of the Pomeranian Wall, is located between Lake Zamkowe and Lake Chmiel Duży.

This section of the Pomeranian Wall served as a seal between the natural barriers that were used in the planning and building of fortifications of the Wałcz Lake District.  Roughness of the terrain, however, made it possible to create a defence line with the hidden lookout and shooting positions. Therefore, between 1932 and 1936 shelters for machine-gun positions of a wide range of fire through the use of armoured cupolas, rooms hiding field anti-tank guns and lookout posts were built. In 1944, fortifications began to be expanded: additional shooters' posts, anti-infantry and antitank obstacles, reinforced concrete observation and battle posts were started to be erected.

As a result, the core of the FC Cegielnia is made up of the two so-called B-type shelters - the B - Verks. The first shelter is equipped with a six-rifle observation dome and a flanking casemate. The other one was a passive shelter with weapons only in the flanking casemate. The posterns of each shelter lead to two towers equipped with a 3- rifle dome.  There are also two multi-sector B1 shelters, strengthened to the B type at places. They had no armoured domes and their protection was in the form of armour plates.

The Fortified Complex Cegielnia assumed the form of two lines shelters. The first line includes main shelters, multi-sector buildings and two single-sector shelters with anti-tank firewalls. The second one comprises the bunkers / or the B1 combat shelter of various applications - flanking and frontal fire, a passive and observation shelter for anti-tank guns and their operators - a unique building in the Pomeranian Wall.

The positions were strengthened in 1944 by several small shelters called colloquially the Tobruks.

The fortifications manned by more numerous German forces on 25th and 26th January 1945. Soviet troops began first operations there on 31st January, regular harassing fire from mortars and by light artillery started on 6th February. On 11th February, this fortified complex was abandoned by the Germans.

The bunkers were blown up by Polish and Russian sappers at the turn of February 1945 and a barbed wire was demolished in subsequent years, also the ditches were filled up, and the appearance of the area was changed as a result of sand extraction and creation of landfills.  The remains of one of the shelters collapsed as a result undermining in the 1980s.

Currently, it is used as a military museum, which is a branch of the Wałcz Land Museum. In addition to the public shelters, what is prepared for visitors there is a permanent exhibition in the exhibition pavilion and an interesting exhibition of militaries, often supplied with more vehicles and various types of weapons. What is more, Na Bunkrach Cinema operates there on the occasion of the events. Several times a year, the Heritage Park and the environs are the stage of various events like outdoor stage productions, concerts, military parades. The Wałcz Land Museum regularly organises rallies passing by the fortifications of the Pomeranian Wall that end with a military picnic.

Geolocation
Search nearby
The Heritage Park - Grupa Warowna Cegielnia [The Fortified Complex - 'The Brickyard']
COMMENTS
Sign in to leave a comment.