The Drawa River
The Drawa River is the right-bank tributary of the Noteć River. The total length of the river is 185.9 km a...
10-08-2015 ·
Brama Portowa [The Port Gate]
Szczecin
Home / Discover / Pomorze heritage / Fortifications and military structures / Town walls 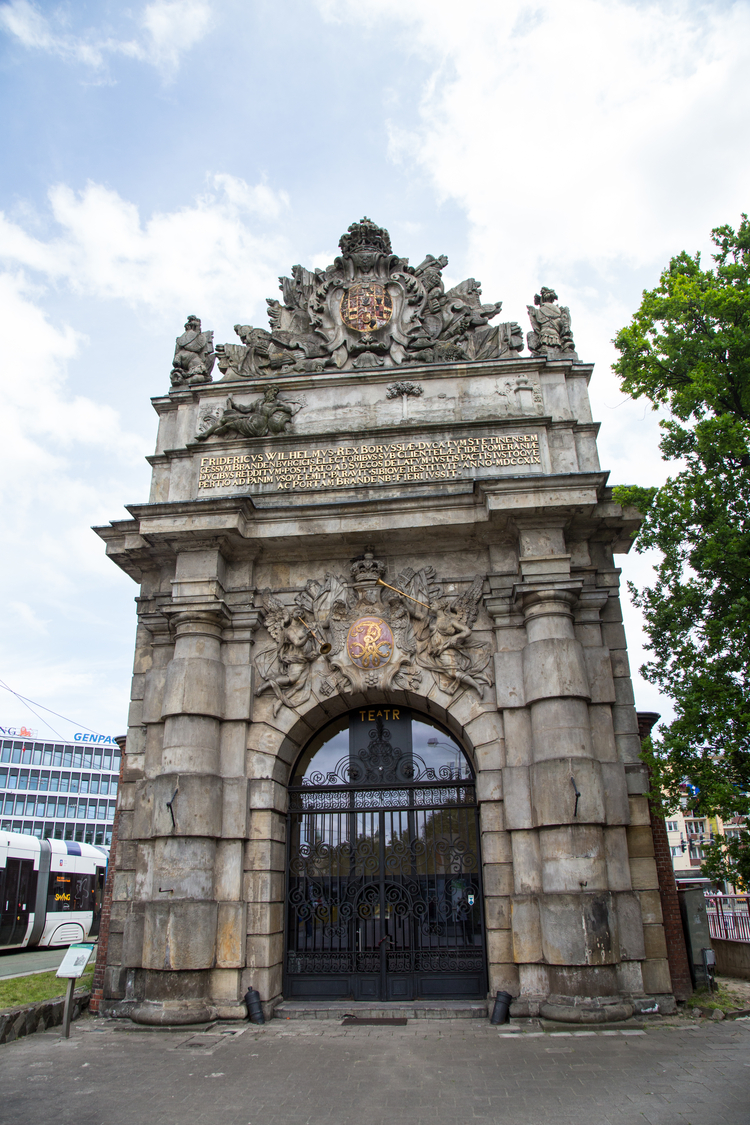 The Port Gate is one of two city gates that have survived from the city fortifications. The baroque-styled building was erected in the years 1725-1727, according to the design of a Dutch architect Gerhard Cornelius van Wallrawe.

The external walls of the building are decorated with sculptures made by a French artist Bartholome Damart. On the one side we can found an escutcheon with a monogram of King Frederick William, who founded the construction of the building. In the upper part of the gate, we can found a gold-plated inscription in Latin, which proclaims the rights of the State of Brandenburg to Pomerania and Szczecin. Above the inscription, there is a panorama of the city and the god of the Oder River. Even higher, there is an oval shield topped with a crown with the coat of arms of Prussia.

In the first half of the 20th century, a fountain with a neo-baroque monument of the goddess Amphitrite was built in front of the gate. During the Second World War, the embellishments were dismantled and hidden in the Arkona Forest. In the late 1950s, they were found and remounted on the gate.

The Port Gate used to be called the Berlin Gate, because the road going through the gate led to Berlin. The present name was given to it in 1945 in order to efface any associations with this German city.

From 1976 to 2013, inside the Port Gate the Cepelia folk art shop was operating. Since 2015, the building has been the seat of the Chamber Theatre. The Port Gate has entered into the provincial register of historic monuments in June 1954.