ŚWINOUJŚCIE ‘Basen Północny’ – The North Dock
This is the largest marina in Western Pomerania. It is a good shelter for those returning from the sea, and the harbour point for those who choose...
20-05-2015 ·
15th meridian obelisk
Stargard Szczeciński
Home / Discover / Pomorze heritage / Historic Monuments 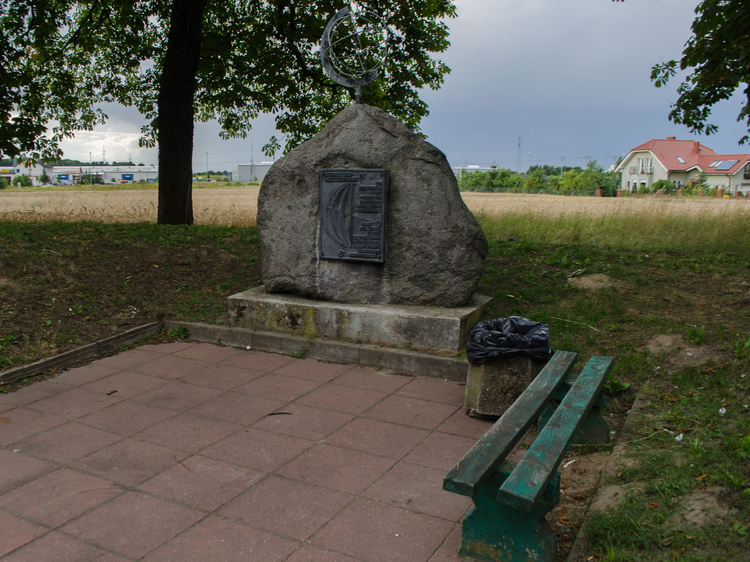 The obelisk is situated by the exit road from Stargard running towards Szczecin, at national road no. 10, ahead of 15. Południk [15th meridian] Roundabout. You cannot reach it directly by bus as it is situated at a considerable distance between the stops at Szczecińska Street and the one by Tesco supermarket. You can reach the obelisk on foot, by following the pavement at Szczecińska Street. There are no parking spaces in the immediate vicinity.

The 15th meridian obelisk is a glacial erratic with a network of meridians and parallels on top and a commemorative plate stating that Stargard lies precisely 15 degrees east of the prime meridian in Greenwich. In truth, the obelisk itself stands around 220 m west of the actual 15th meridian as a result of inaccurate measurements taken at the time of its placement.

The monument was erected by the German inhabitants of Stargard before the Second World War. It was renovated in 1966 by its contemporary caretakers – the members of Polskie Towarzystwo Turystyczno-Krajoznawcze (PTTK) [Polish Tourist and Sightseeing Society].

The obelisk stands on a stone platform. There is a bench and six chestnut trees nearby.

More on the topic:
Geolocation
Search nearby
15th meridian obelisk
COMMENTS
Sign in to leave a comment.