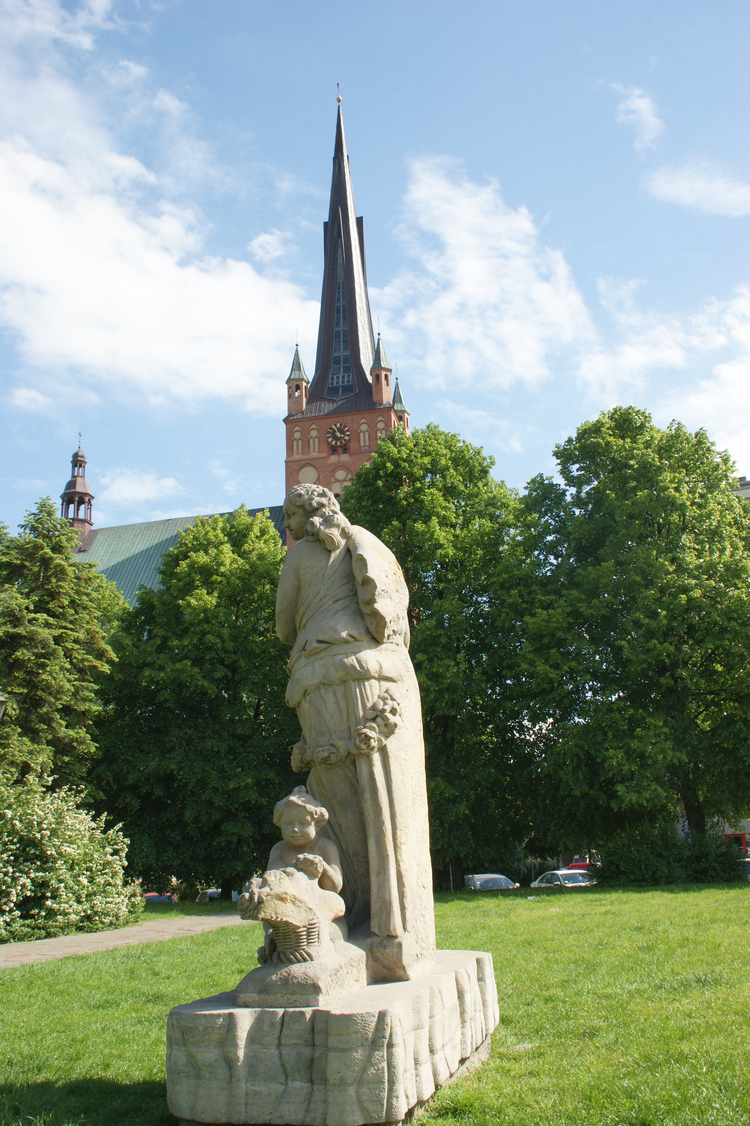 The Flora’s monument is located in the utmost point of Orła Białego Square in the district of Śródmieście, about 1.5 km from the Railway Main Station. Around the square, there are paid parking spaces. Nearby, on Żołnierza Polskiego Square and by the Port Gate, numerous trams and buses stop.

The statue was made about 1730 by J. G. Glume, according to the design of J. K. Koch. It represents Flora, an ancient goddess of vegetation. Two puttos are playing around her with a cornucopia and a basket of flowers. Initially, the monument was located at the top of an attic of the nearby Palace under the Globe, but it was moved to a palace garden and then to the Żeromski Park. It was also moved to the vicinity of the Royal Gate and the Maiden Tower. It has been standing in Orła Białego Square since 1991. The statue was repeatedly renovated.

More on the topic:
Geolocation
Search nearby
The Flora’s Monument
COMMENTS
Sign in to leave a comment.