ŚWINOUJŚCIE ‘Basen Północny’ – The North Dock
This is the largest marina in Western Pomerania. It is a good shelter for those returning from the sea, and the harbour point for those who choose...
20-05-2015 ·
The Monument Of Bogusław X And His Wife Anna Jagiellonka
Szczecin
Home / Discover / Pomorze heritage / Historic Monuments 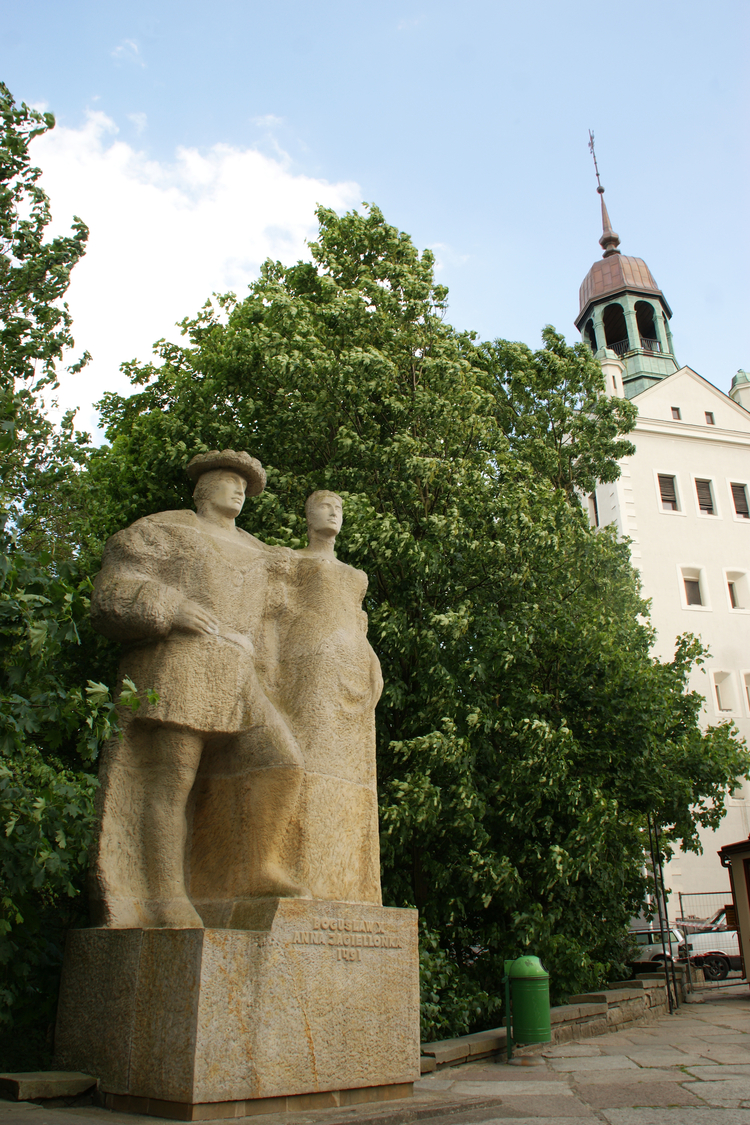 The monument of Bogusław X and Anny Jagiellonka is located in front of the Castle of Pomeranian Dukes on Korsarzy Street, nearby Trasa Zamkowa [the Castle Route], circa 1.5 km from the Main Railway Station. The nearest bus stop is situated on Grodzka Street; buses no. 52, 70, and 76 stop there.

The monument was made by Leonia Chmielnik and Anna Paszkiewicz. They are also the authors of the Griffon standing in front of the building of the City Hall. The sculptures made by the artists are usually of austere form – in this case it is similar. The monument was unveiled in 1974. It represents a ducal couple, probably on day of their wedding, which is suggested by an inscription located on the pedestal. Bogusław X passed as a wise ruler, due to which he gained the appellation “Great”. He was, however, a 37-year-old widower before finding his second love. Marrying him, Anna Jagiellonka was, in turn, very young (she was 15 years old). This did not prevent her from building a durable and indissoluble bond with her husband. Their marriage was a symbol of tightening of bonds between Poland and Pomerania. The material used to make the work was yellow sandstone.

More on the topic:
Weather
Geolocation
Search nearby
The Monument Of Bogusław X And His Wife Anna Jagiellonka
COMMENTS
Sign in to leave a comment.