The Polish Arms Museum
The centre is within the paid parking zone and the network of one-way streets. Getting to the area of ​​interest by E. Gierczak Street is only poss...
04-07-2015 ·
Lorentz Mader’s Conciliation Cross
Stargard Szczeciński
Home / Discover / Pomorze heritage / Historic Monuments 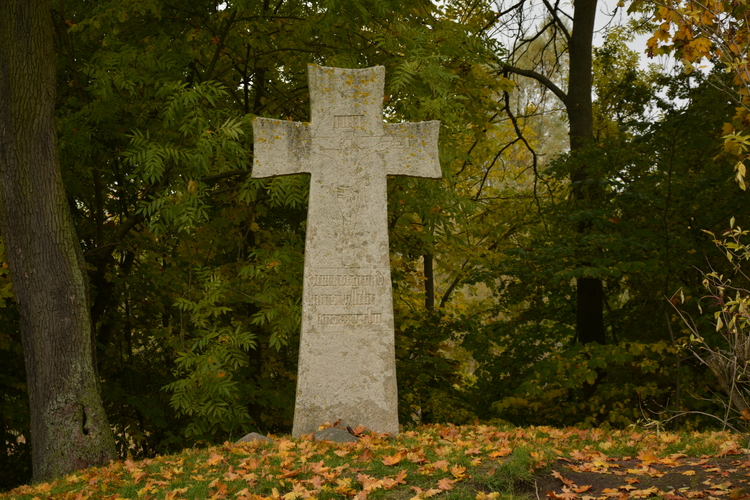 The Conciliation cross can be found on the exit road from the town –on Gdańska Street (national road No. 20)- at the junction of Gdyńska Street, Morska Street and Szosa Maszewska [Maszewo Road]. Visitors can get there by buses No. 5 and 13. It can also be reached on foot by walking down Gdańska Street.

Lorentz Mader’s Conciliation Cross is the only monument of this type preserved in Stargard. It is the biggest in Poland, and the second biggest in the world. In 1542 it was financed by  Lorentz Mader, as his compensation for killing Hans Billeke. The monument is carved in Gotland limestone and it has a shape of a Christian cross. It is 3,77 m-high (0,9 m of which is hidden in the ground), 1,45 m-wide and 0,15 m-thick. In the front, there is a figure of  crucified Jesus Christ and the inscription in Low German dialect which says “Lord, have your mercy upon Hans Billeke in 1542", on the back, there is an inscription which says: "In 1542 Hans Billeke was killed with an iron rod by Lorentz Mader, his mother’s nephew".

More on the topic:
Geolocation
Search nearby
Lorentz Mader’s Conciliation Cross
COMMENTS
Sign in to leave a comment.