Eureka Exhibition
Eureka is an interactive exhibition during which technical and physical experiments can be performed. There are approx. 80 different exhibits from...
25-04-2015 ·
Gnome sculptures
Home / Discover / Pomorze heritage / Historic Monuments 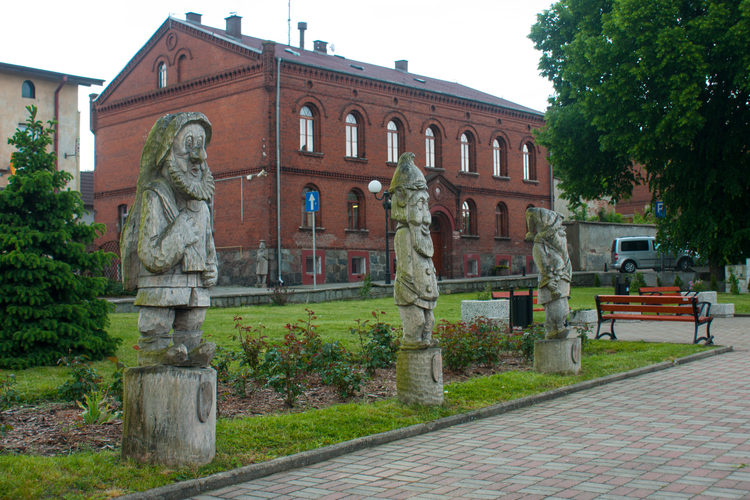 The gnomes are arranged vis-à-vis each other along the pavement in Wolności [Freedom] Square, at Jeziorna Street.

The gnome sculptures in Drawno are a remainder of the first Gnome Festival held in the town. The festival is organized in the town since 2009 and it lasts a week. During the festival, one may buy terracotta gnomes and a large variety of gnome gadgets. There are various games for children and adults, open-air sculpting workshop, parades, procession, handicraft workshop, competitions. There is a reason why the festival is held in Drawno. In the nineteenth century the town was known for the production of terracotta gnomes.

At the beginning there were five gnomes. In 2011 the sixth gnome, or more precisely – a gnome’s wife, was added. That year the gnomes had their names chosen in a competition: Wędrowniczek, Szafirek, Zalotnik, Podróżnik, Grajcio. The gnome’s wife was dubbed Krasnolinka.

The sculptures are made of wood.